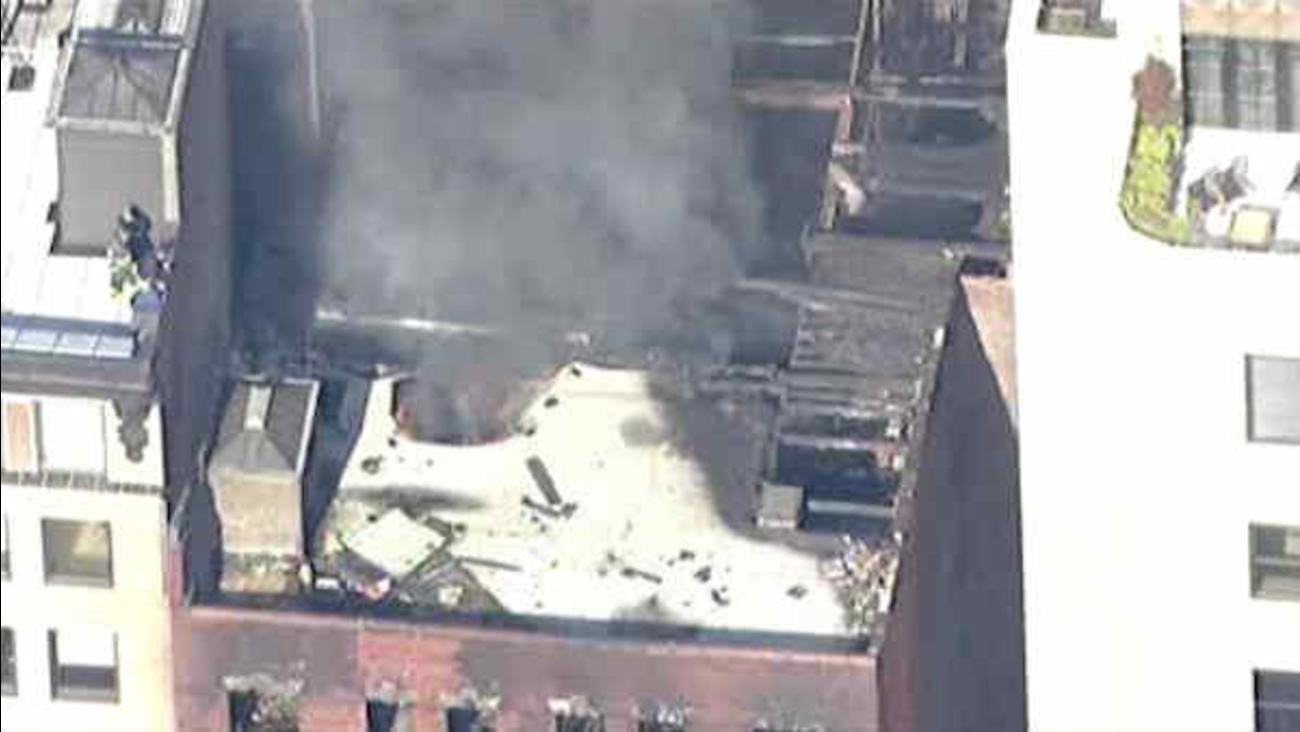 NEW YORK (WABC) -- The six-alarm Chelsea fire that tore through a building under renovation reignited Wednesday, sending plumes of smoke into the sky.

Fire officials say the FDNY is on scene, dousing the smoldering debris with water. The fire department is calling this a second-alarm response.

The fire is now knocked down and will be under control shortly.

The fire prompted evacuations of nearby buildings after officials feared the structure could collapse, but residents were allowed back home Tuesday evening. There were no new evacuations during the flareup.

The fire started on the third floor at around 2:55 a.m. Tuesday and burned through the roof of what was once to become a 10-story luxury condominium on West 17th Street. The sixth alarm was mainly for relief purposes.

"We used over 200 members of the department to extinguish that fire," FDNY Commissioner Daniel Nigro said. "We had heavy fire on three floors of that building...it has suffered now severe damage, some structural instability."

The building was undergoing renovations, and no one lived inside. The only occupant, a watchman, escaped without injury.

Large open shafts and open areas allowed the fire to quickly spread, officials said, and the building's sprinkler system and standpipe were not yet installed.