WABC
By Eyewitness News
TOTTENVILLE, Staten Island (WABC) -- Police are investigating the death of a woman who was apparently set on fire on Staten Island.

Investigators say firefighters responded to a wooded area at Bartow Avenue and Eugene Street in Tottenville, where two teenagers reported finding the body behind a high school Sunday afternoon.

Police say the body had burn marks but was not on fire when they arrived near Long Pond Park.

Authorities believe the victim, identified as 30-year-old Yelena Rabkina, had likely been there for several days.

"This is a great quiet neighborhood," area resident Ron Ribaudo said. "It's a dead-end street. There's never cars parked here. To think, right down the block from the house, there was a murder, it's crazy. It really is. It's kind of sad. You wonder where you live sometimes."

Her death is considered suspicious, but the Medical Examiner will determine the exact cause. 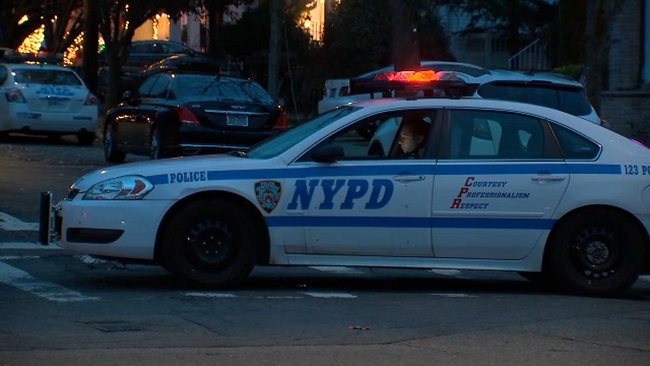