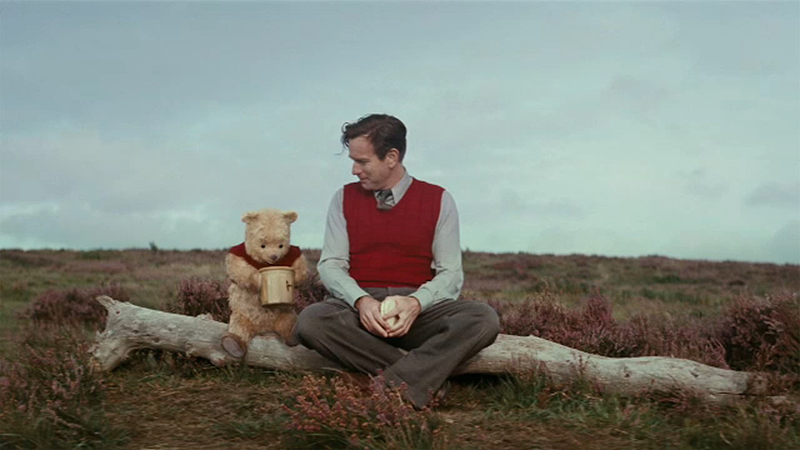 NEW YORK CITY (WABC) -- Winnie-the-Pooh and his friends have charmed three generations of kids: first in print, then as a Disney cartoon and now in "Christopher Robin."

Pooh's pal, played by Ewan McGregor, is all grown up now.

The bear comes back into his life at an especially stressful time when Robin has become a workaholic and caused his family grief.

He has lost his way and forgotten how to play, which is where Tigger, Piglet, Eeyore and of course, Pooh, can help.

Their antics provoked plenty of laughs, and the boy inside me loves Pooh's way of looking at the world.

However, life in the 100 Acre Wood can be stormy and sunny, and finding the right balance between comedy and drama proves really tricky here.

It was so tricky that it took five separate writers to wrestle this into shape, which was familiar ground for director Marc Forster. In "Finding Neverland," Forster made a better movie, but like Johnny Depp in that one, Ewan McGregor does his best to bring the tale to life.

Credit also must go to actor Jim Cummings, who supplies the voice of both Winnie-the-Pooh and his friend Tigger. His delivery, combined with digital magic, made me laugh.

"Christopher Robin" is from Disney, owned by the same parent company as ABC7.