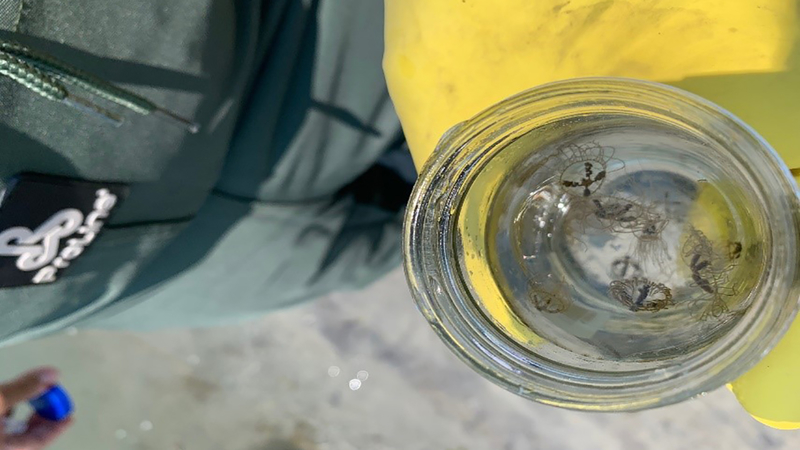 WILDWOOD, N.J. -- The New Jersey Department of Environmental Protection is warning South Jersey residents about the discovery of the "clinging jellyfish."

Officials say the jellyfish was found in a pond near East 1st Avenue and the Hereford Inlet Lighthouse in North Wildwood. This is the first time this species has been found this far south in New Jersey.

"The pond is fed by a stormwater pipe from adjacent roadways and may have intermittent direct connections with Hereford Inlet," says the DEP.

The clinging jellyfish has a powerful sting that can produce severe pain and other symptoms.

Officials say they have been aggressively monitoring the clinging jellyfish since they were first confirmed in the state in 2016.

"The clinging jellyfish observed in the salt pond in North Wildwood were collected by a young girl. Her parents astutely recognized that they may be clinging jellyfish and contacted Dr. Paul Bologna of Montclair State University, who visited the pond and pulled about 150 specimens from the water. The girl was not injured while collecting," the DEP says.

If stung by a clinging jellyfish, officials say to rinse the area with salt water and remove any remaining tentacle materials using gloves or a thick towel. Seek medical attention as appropriate.