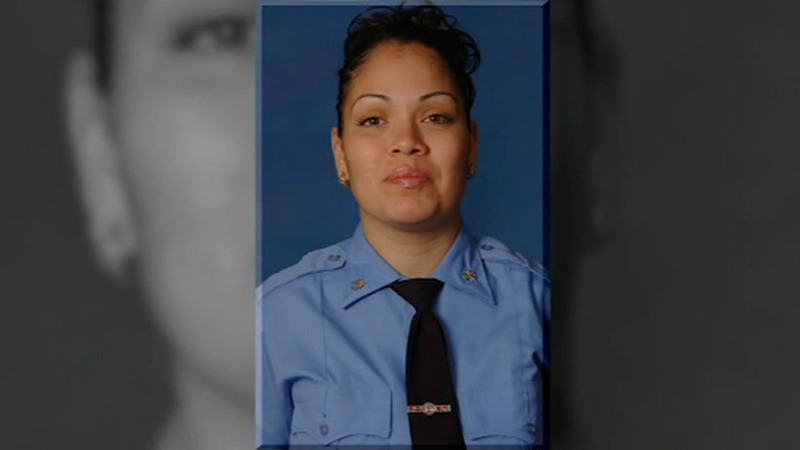 SOUNDVIEW, Bronx (WABC) -- A street in the Bronx was renamed Friday in honor of Yadira Arroyo, an FDNY EMT who was killed in the line of duty.

A sign at Boston Road and East 169th Street is now co-named in honor of Arroyo.
EMBED More News Videos

Marcus Solis reports on the special honor for Yadira Arroyo who was killed in the line of duty.

The 14-year veteran was killed last year when a man with a history of mental illness stole her ambulance and ran her over with it.

Jose Rodriguez is charged with first degree murder, grand larceny and operating a motor vehicle while impaired by drugs.

Yadi, as she was known, was remembered as a loving mother of four boys and as a skilled medic whose work at Station 26 was a calling, not a job.

Earlier this year, more than 100 EMTs and paramedics gathered to mark the one year anniversary of her death.