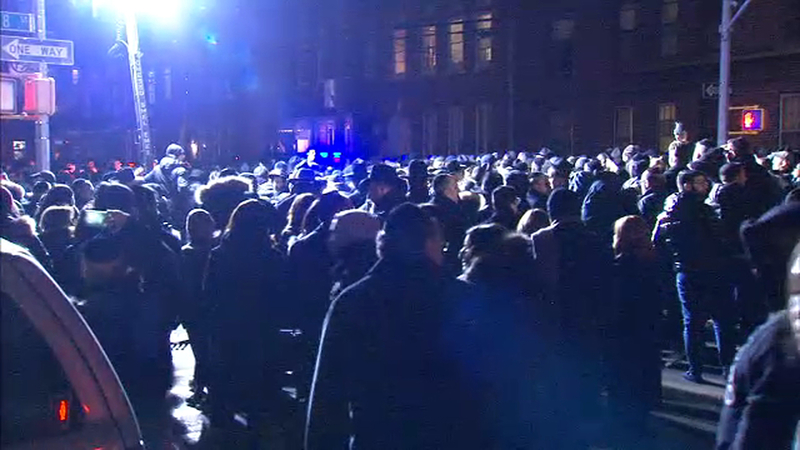 SHEEPSHEAD BAY, Brooklyn (WABC) -- Mourners filled the streets outside a Brooklyn synagogue Monday night after a mother and her three children were killed in a fast-moving fire that swept through their home in Sheepshead Bay.

Officials said it was sparked by a lit menorah for Hanukkah.

The bodies of those killed were sent to Israel for burial there on Wednesday.

Jim Dolan reports on the funeral and remembrance of four people killed in a house fire in Brooklyn.

The father, 45-year-old Joseph Azan, remains hospitalized with severe burns after running back into the home to try to save his family.

Two of his children are in critical condition at Staten Island University Hospital.

The fire broke out in the home on East 14th Street around 2:20 a.m., with flames burning through the second floor and the attic of the home.

A neighbor took this video that shows intense flames. At least 4 people are dead #ABC7NY pic.twitter.com/v9Ui4ExCPj

Firefighters arrived in less than three minutes, and even by then, they were met by intense flames.

"It was an early morning, everyone in their home was asleep," FDNY Commissioner Daniel Nigro said. "The fire did start, and it got a good start before a neighbor noticed it and called us."


Nigro said one of the teenagers jumped, while others in the house were able to get out a side door. He said the four who died were upstairs and not able to escape. The father, who was severely burned, ran back into the home to try to save the rest of his family.

The Jewish family members are natives of Israel and now dealing with tragedy during Hanukkah.

"This is a terrible tragedy, not just for this community but for our city," Nigro said. "At this time of the year, when these things strike, it just tears your heart out for the family and everybody that knows them."

Longtime friends described them as hard-working and deeply religious.

"They were the most happy children," friend Edward Nathen said. "Very, very friendly, popular, have a lot of friends."

Joseph Azan worked at the Borsalino Hat Box menswear shop on Coney Island Avenue and is well known and liked by many others in the community. Now, they are trying to wrap their minds around this awful tragedy.

"Just yesterday, I spent an hour and a half with him buying stuff for my kids," friend Moises Katz said. "It's just a shock. I'm just sad about it."

Investigators said the fire was accidental and was from an oil-fueled menorah. It was on the first floor, where the blaze is believed to have started.

Nigro said the smoke alarms did appear to be working and may have alerted two of the boys to the fire.

Tesla bursts into flames after crash in Houston, killing 2 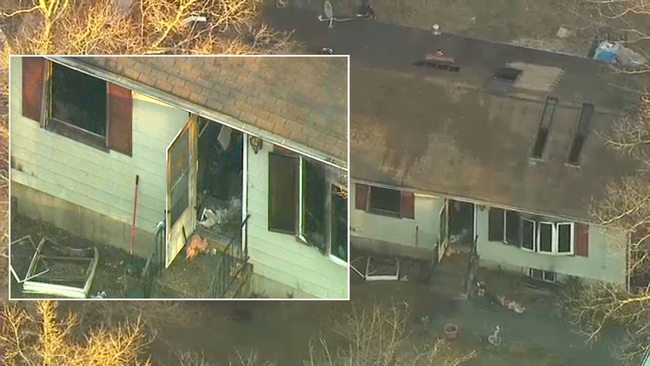