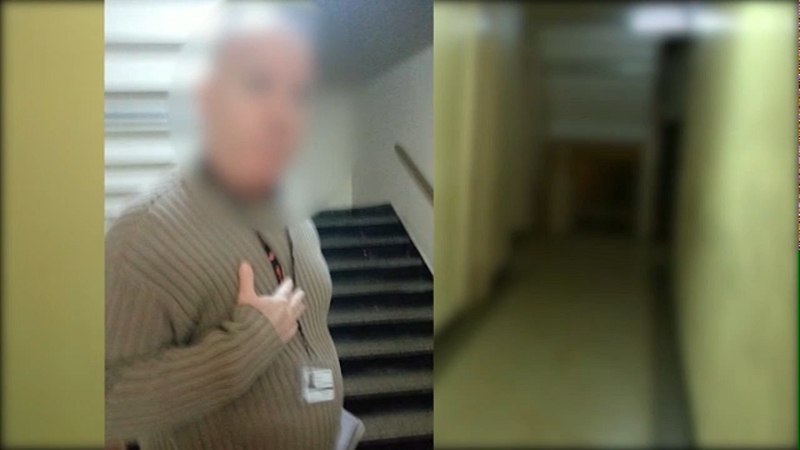 FLUSHING, Queens (WABC) -- It was just after 5 p.m. on Thursday when Sunhee and SJ Kim came home and there was a strange man waiting in their lobby.

The Flushing couple says he claimed to be a ConEdison worker and followed them inside. The man waved his badge, but Sunhee was suspicious. She says she told him, 'I said no - not ConEdison ID.'

The man insisted and followed them to their door, and asked to see their ConEd bill. Once in their foyer, they said he had someone call them. Sunhee knew something was wrong.

The voice on the other side was asking for her authorization - she wasn't sure for what. So she called her son, who happens to be State Assembly-member Ron Kim.

"My mom said 'I think there's a person in our apartment that doesn't belong here,' he didn't want to talk to me initially and then my mom shoved the phone, 'talk to my son.' I was like, 'who are you and what are you doing in my apartment. Please get out,'" says Kim.

Sunhee demanded the man's ID.She says he then got belligerent, started yelling and slammed her phone.

Sunhee was nervous and yelled 'You go out! Out!'' so loudly that neighbors came out. SJ snapped pictures of him, but the man took off.

Eyewitness News called back that number. It led to an energy service company - known as ESCOs. They are middle-men that bundle and sell electricity and gas.

They are completely legal, but about a year ago The New York State Public Service Commission prohibited ESCOs from selling to low-income customers in New York, saying "The Department launched a review into substantial overcharges and deceptive marketing practices."

Assemblymember Kim says, "For a few months, yeah, the local precinct they even said that this sounds familiar, that this has been going on for a while. There's been a pattern of people targeting seniors and immigrants."

ConEd is urging customers to check IDs and if there's still doubt you can call in to verify.