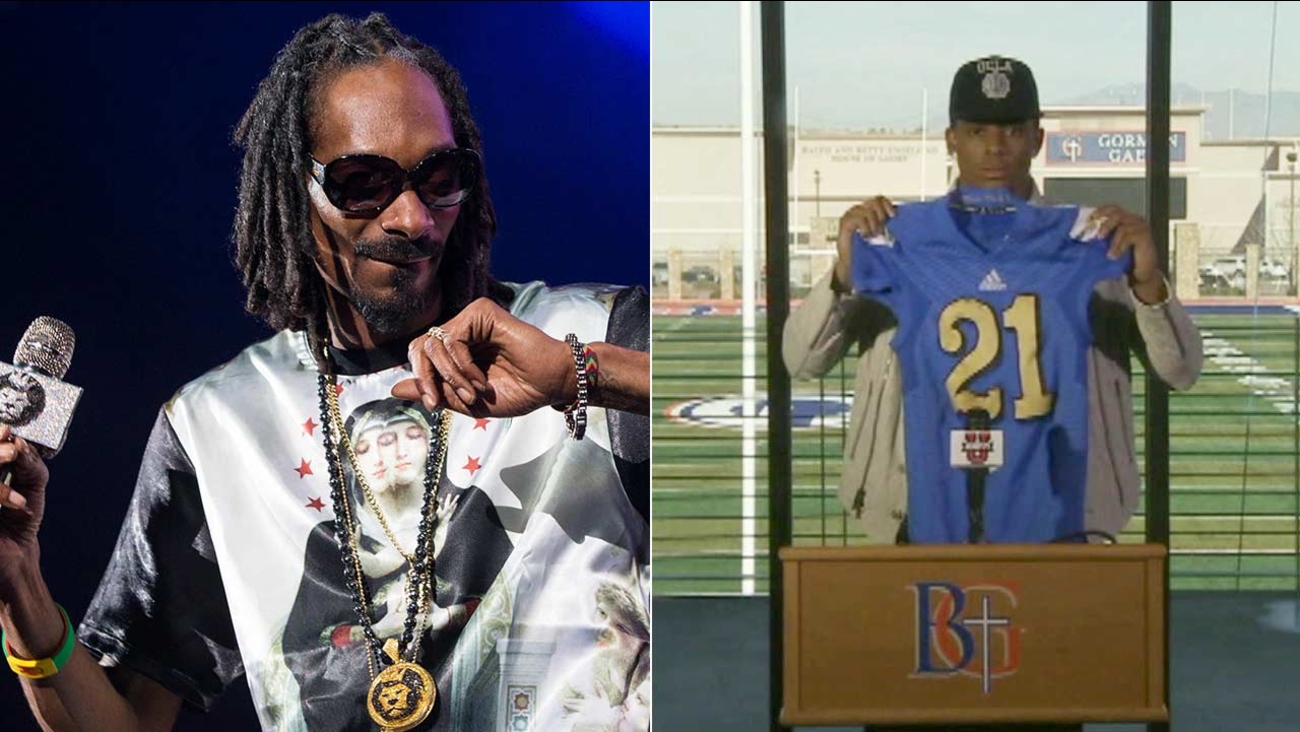 Cordell Broadus, right, the son of Snoop Dogg, seen performing in Irvine in this 2013 photo, is quitting UCLA's football team to focus on pursuing a career in film production. (AP / KABC)

UCLA head coach Jim Mora said Broadus told him on Thursday that he wants to pursue his other passions, particularly his love of film through his company "Film School Productions."

"Cordell is an amazing young man with many talents, and we wish him nothing but the best as he continues to pursue his degree at UCLA," Mora said.

Broadus and his father have not yet commented publicly. Broadus signed with the Bruins in February after playing for Las Vegas high school powerhouse Bishop Gorman.

Broadus picked UCLA over USC, Snoop Dogg's favorite college team. He and his father were part of an ESPN documentary that chronicled his recruitment called, "Snoop & Son: A Dad's Dream."