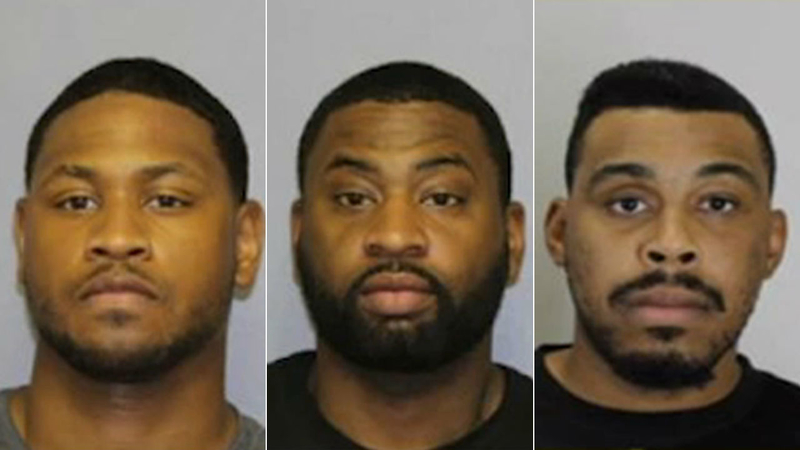 The incident happened on July 13 near the Tease Gentlemen's Club on Getty Avenue around 1 a.m.

The shooting left a 27-year-old man in critical condition. He ran into the club for help.

Rasheim Williams, Keith Hood and Jeffrey Hulse turned themselves in to authorities on Friday.

Officials say Williams, 26, and Hood, 29, are city correction officers and have been charged with unlawful possession of a handgun in connection to the shooting.

Sources say both officers were suspended without pay.

"We take this matter seriously and are conducting our own investigation," NYC Correction Department Deputy Commissioner for Public Information Peter Thorne said.

The circumstances surrounding the shooting are not yet known.