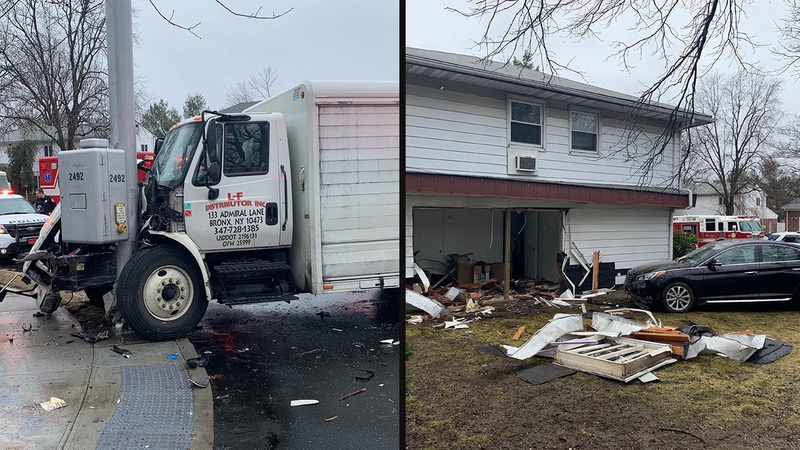 PLAINVIEW, Long Island (WABC) -- At least one person was hurt when a car careened into a home on Long Island Friday morning.

It happened around 9:45 a.m. on Country Drive in Plainview.

"I heard a very loud thud," Johal said. "The house shook. I found, you know, the car pretty much in the downstairs living room."

According to a witness, two men were in the black sedan that crashed into the house.

A truck, with LF Distributor in the Bronx, may also have been involved in the accident. It slammed into a telephone pole at the intersection of Manetto Hill Road.

Neighbor Bruce Bromberg said he tried to help one of the men inside the truck.

"The guy was injured," he said. "He was lying in the truck and told him to, 'Get out, get out.' There was smoke coming out of the front of the truck."

"He was shaken up a bit," he said. "Another guy was dusting off the powder of the airbag that went off."

The circumstances of the crash remain under investigation.