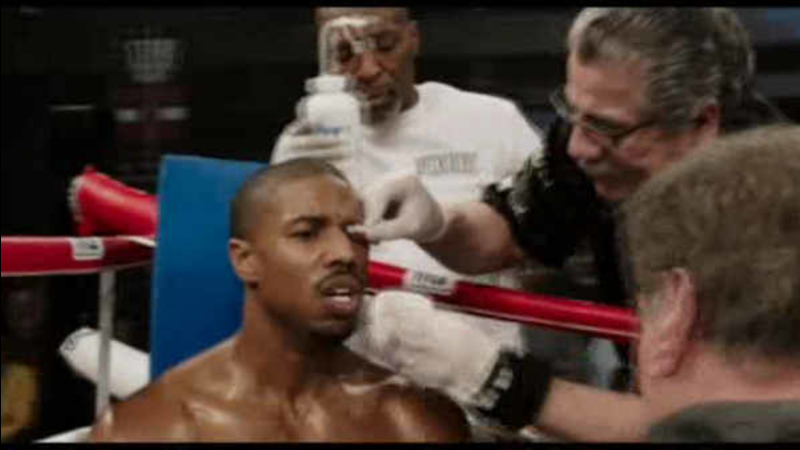 NEW YORK (WABC) -- A big movie in theaters revives a franchise many thought was gone for good. "Creed" is just one of several movies going into theaters on a busy Thanksgiving weekend.

And many have been waiting for this one. It's the seventh movie in the "Rocky" series.

This is the first in the series that Sylvester Stallone didn't have a hand in writing, and though he still appears as Rocky Balboa, the star's part is in support of Michael B. Jordan, guided here again by a brilliant director, Ryan Coogler. And the result is impressive.

Michael B. Jordan is the son of "Apollo Creed", born out of wedlock after his father's death and raised by his stepmom, who is determined to keep "Adonis" away from the sport that killed his father.

Creed's son is not to be denied, so he goes to Philly where "Rocky" is managing his late wife's restaurant, having left boxing behind him.

Reluctantly he agrees to train Adonis to help him pursue his dream.

Early success leads to a shot at the title, fighting a champion who is played here by a real boxer.

The fight scenes are so real, you can almost taste the blood, sweat and tears.

It's the strength of the bonds between these two men, inside and outside of the ring, that makes this movie so great, and a romance between the fighter and Tessa Thompson's character recalls the sweetest moments of the very first "Rocky" film.

"Rocky" was exhausted until Stallone and the studio turned over the franchise to a young generation and the guy they call "Sly", who created the character, played it smart by giving a restrained performance in a more limited role.

That has sparked talk he might actually get an Oscar nomination for "Creed".