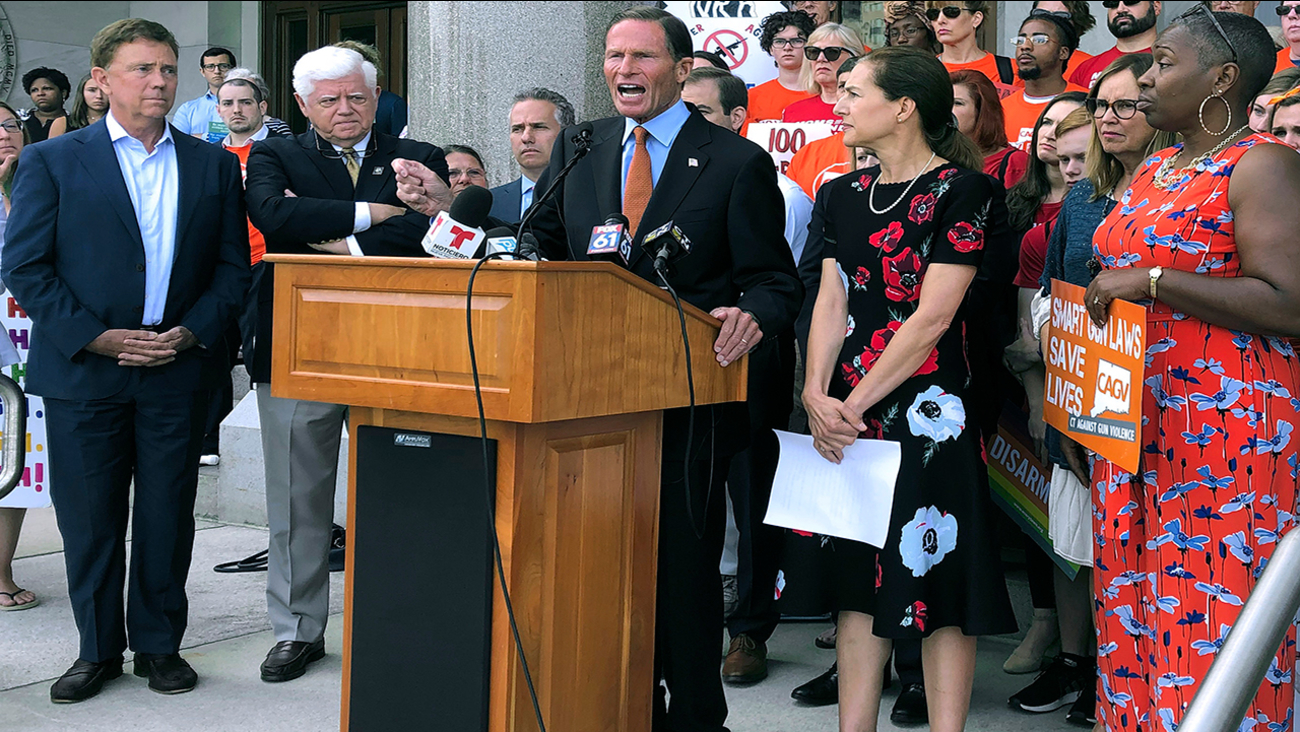 HARTFORD, Connecticut -- Connecticut politicians and gun control advocates on Monday urged the U.S. Senate to return immediately to Washington, D.C., and follow the state's lead in passing stricter gun laws, including some with bipartisan support.

Frustrated by news of more mass shootings since the 2012 attack at Sandy Hook Elementary School in Newtown, many at a state Capitol rally said Connecticut has managed to pass legislation since that tragedy that could be replicated in other states and nationwide. That includes an expanded ban on assault rifles and large-capacity magazines and enhanced background checks.

"This can be done in Congress, with the right amount of courage," said Jeremy Stein, executive director of the group Connecticut Against Gun Violence, told a crowd of about 250 people, including many activists who got involved in the gun violence issue after the Sandy Hook shooting, which left 20 first graders and six educators dead.

Democratic U.S. Sen. Richard Blumenthal used the event to urge Senate Majority Leader Mitch McConnell, R-Ky., to call the Senate back from its August recess and pass several gun safety measures that have already cleared the U.S. House of Representatives.

"Senator McConnell, lead or get out of the way. Call us back today," shouted Blumenthal, whose call was met by loud cheers from the crowd.

No Republican state legislators attended Monday's rally, which came after a weekend in which two mass shootings took 31 lives. In El Paso, Texas, 22 people were killed in a shooting at a packed shopping center, and nine died in an unrelated shooting in a nightclub district Dayton, Ohio.

Connecticut Senate Republican Leader Len Fasano said he and Democratic legislative leaders were not notified about the rally until late Sunday. He took issue with the partisan tone of some Democrats there, reminding them that Connecticut has "shown what can be accomplished when you put politics aside and work together to negotiate real solutions."

While Connecticut has some of the strictest gun laws in the country, state officials said they'd like to see similar legislation passed elsewhere to help stem the flow of illegal guns from other states, which they said are being used in gun crimes in Connecticut's cities.

"We did get some bipartisan buy-in when it came to common sense gun laws. And if we can bring some of that sense of bipartisanship of working together in Washington, they might be able to get something done," Lamont said.