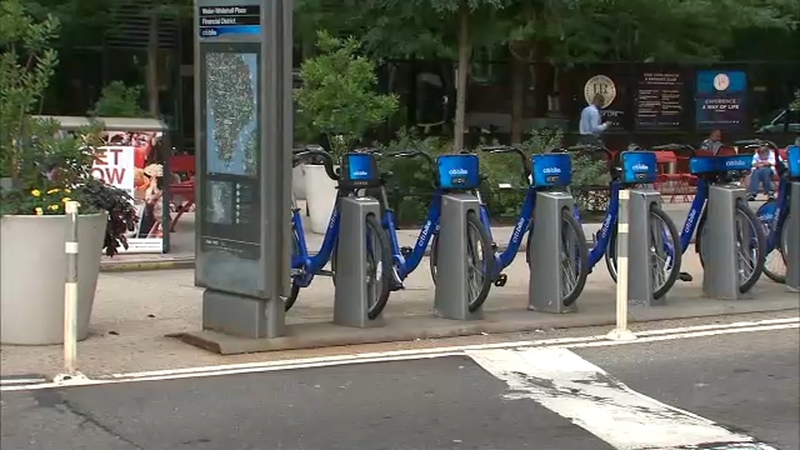 FINANCIAL DISTRICT, Manhattan (WABC) -- A bicyclist was struck by a vehicle just one day after New York City saw three separate bike accidents within the span of a few hours.

It happened next to the Citi Bike stand near Whitehall Street and Water Street in Manhattan's Financial District around 10:30 a.m. The victim was taken to the hospital, where he was treated for a laceration to his face.

It is unknown if any summonses were issued to the driver.

This comes after three cyclists were involved in three separate bicycling accidents in New York City in one afternoon.

One involved a cyclist being struck by an MTA bus in Midtown. Before that, a cyclist reported getting logged under a fire truck in Brooklyn, and on the Upper East Side, a bike rider was injured when he was hit by a car trying to make a turn.

The 19th victim was killed after a driver in Brooklyn was accused of running a red light, setting off a chain reaction that led to the fatal multi-vehicle crash.