WABC
By Marcus Solis
MOUNT VERNON, Westchester County (WABC) -- The father of a 2-year-old boy in Mount Vernon has been charged in connection with the child's death.

The little boy's death was classified as a homicide, as investigators questioned the father. The toddler apparently had bruises on his body and a swollen lip.

Authorities say the boy's mother came home from work around 8 p.m. Monday to the Esplanade Gardens apartment complex on Lincoln Avenue and found him unconscious.

The family had recently moved into the building, renting a unit on the sixth floor.

Police say the boy's father was the last person to see him before he was found unresponsive.

"The kid was very rambunctious," a neighbor said. "He came up on the elevator and she had to keep him from jumping around, but he was a cute little kid."

The child's father apparently dropped the mother and son off at the hospital and fled. Police located him overnight and had been questioning him ever since.

"The death of a child, a toddler, is one of the hardest calls for a police officer to respond to and to investigate," said Mount Vernon Police Commissioner Shawn Harris

Sources tell Eyewitness News the boy showed signs of physical abuse. His name has not yet been released.

The cause of death has not yet been determined. 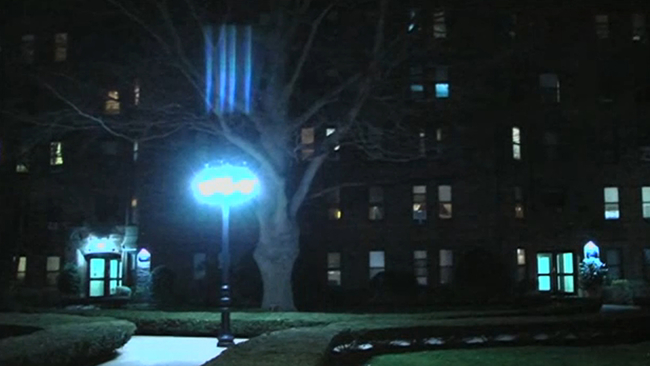