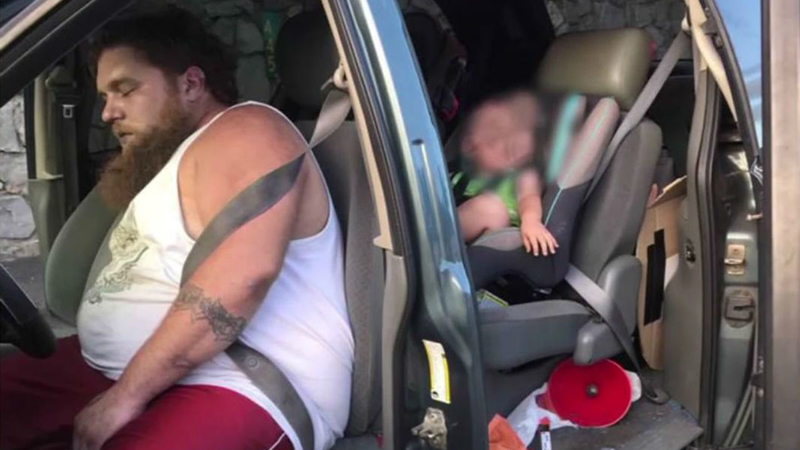 Man caught in photo during overdose speaks out

NORTH SMITHFIELD, Rhode Island -- Police in Rhode Island took a photo of a man who overdosed with his child in the car and it went viral.

The man in that photo survived, and now he's speaking out.

A picture shared by North Smithfield police shows the scene last Friday in Woonsocket -- a man slumped over the wheel with a baby in the backseat. Police say he was overdosing.

"They administered several doses of Narcan to bring him back to consciousness, which they did," said Captain Tim Lafferty with the North Smithfield police.

Krajczyski didn't want to talk about the specifics of the case, but he said he wishes he could take back what happened.

"My wife and kids don't deserve anything like that," he said. "I'm distraught, you know, things of that nature. This isn't a thing for me. It's not the norm to say the least."

Police say Krajczyski told them he took two pills thinking they were Percocets.

Captain Lafferty said, "We're assuming there was a high dose of Fentanyl."

Captain Lafferty says they shared the photo of Krajczyski to bring awareness to the opioid crisis.

"If it weren't for the due diligence of those officers administering Narcan at that time, he probably would have passed away," Captain Lafferty said.

"I thank God that I'm here for my kids," Krajczyski said.

Police say Krajczyski would not be facing charges if his baby had not been in the back seat because he was not driving at the time and there were no other drugs. He's due back in court on August 20.