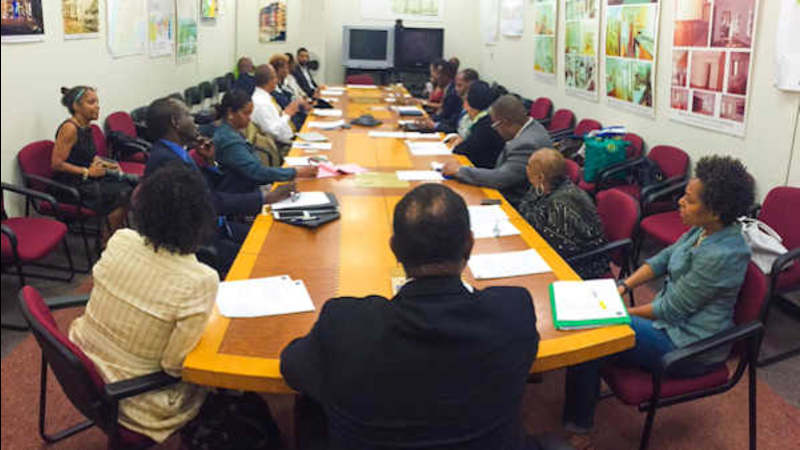 HARLEM, Manhattan (WABC) -- Members of a black leadership organization are holding a summit meeting in Harlem Monday to discuss the recent violence nationwide, and organizers hinted at the possibility of economic action.

The group 100 Black Men of New York, Inc. is holding what it calls a broad-based emergency summit addressing gun violence, equal justice and the recent police shootings in Minnesota and Louisiana as well as the shootings of police officers in Dallas.

The organization called together a coalition of black leaders from across the city, including former NYPD Chief of Department Phil Banks, hoping to brainstorm short-term and long-term solutions. They suggested that traditional responses to perceived racial injustice are losing their effectiveness.

In a news conference, the Rev. Jacques Andre De Graff said his group would develop what he described as an "economic strategy" aimed at protesting or even boycotting powerful institutions, such as banks, as an agent of change.

Although he refused to offer specifics, the overall objective is that such an adverse impact on the institutions would encourage them to pressure local and national political leaders to take action.

As one participant in the three hour meeting put it, "We're tired of marching."

As Dallas mourns, and the rest of the country rages, civic leaders are calling for peace and unity between police and communities.

Demonstrators in New York and across the nation are raising new questions about gun violence, police tactics and racial justice.

The deaths of Alton Sterling in Louisiana and Philando Castile in Minnesota, both at the hands of police and depicted on cell phone video, have triggered the outrage and reflection.