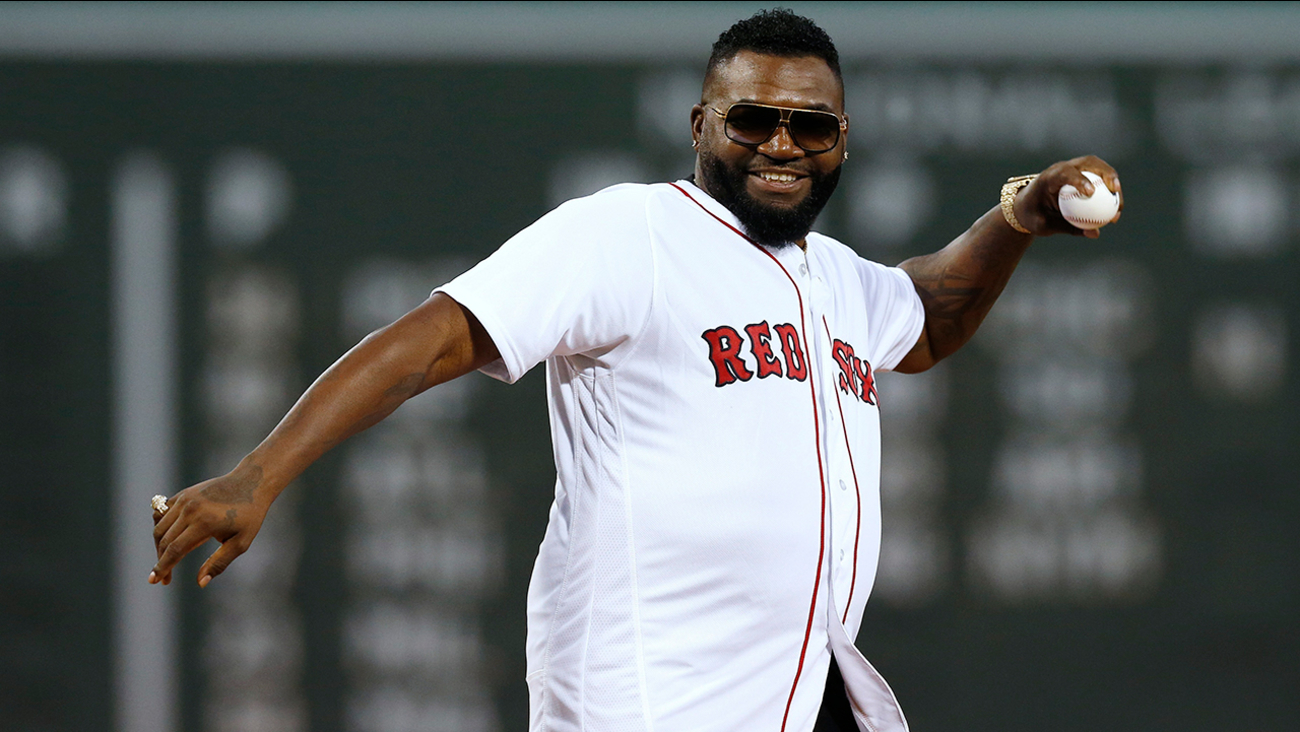 BOSTON, Massachusetts -- Former Red Sox slugger David Ortiz had a chance to thank his adoring fans at Fenway Park exactly three months after he was shot in the back while in his native Dominican Republic.

In his first public appearance since June 9, when he was seriously injured in a Santo Domingo nightclub, Ortiz threw out the first pitch before the Red Sox played the New York Yankees.

Ortiz took a microphone on the pitcher's mound and thanked the fans for their prayers and support after he threw the pitch to Jason Varitek, a catcher and teammate on Boston's 2004 and '07 championship clubs.

Wearing a white No. 34 home jersey with black slacks, he entered the field to a rousing ovation. When the game started, he took a seat in the first row, right next to Boston's dugout, giving his jersey to a young boy seated a few rows back in the first inning.

The 43-year-old Ortiz, the 2013 World Series MVP on Boston's championship team, was shot in the back by a hired gunman who drove up on a motorcycle and fired at close range, hitting him in the torso, police said. They said the intended target was another man.

Doctors in Santo Domingo removed Ortiz's gallbladder and part of his intestine, and he was flown the next day on a Red Sox plane to Boston, where he had more surgery.

A 10-time All-Star, Ortiz helped the Red Sox end their 86-year championship drought in 2004 and batted .688 against the St. Louis Cardinals in '13 to win the Series MVP.

But it was his jovial manner and ready smile that further endeared him to the city. Before the first Red Sox home game after the Boston Marathon bombing in 2013, he took the same mound with a microphone and told the crowd, "This is our (expletive) city, and no one's going to dictate our freedom."

He retired after the 2016 season with 541 home runs, and the team quickly retired his uniform No. 34. The city named a street and bridge outside the ballpark after him.