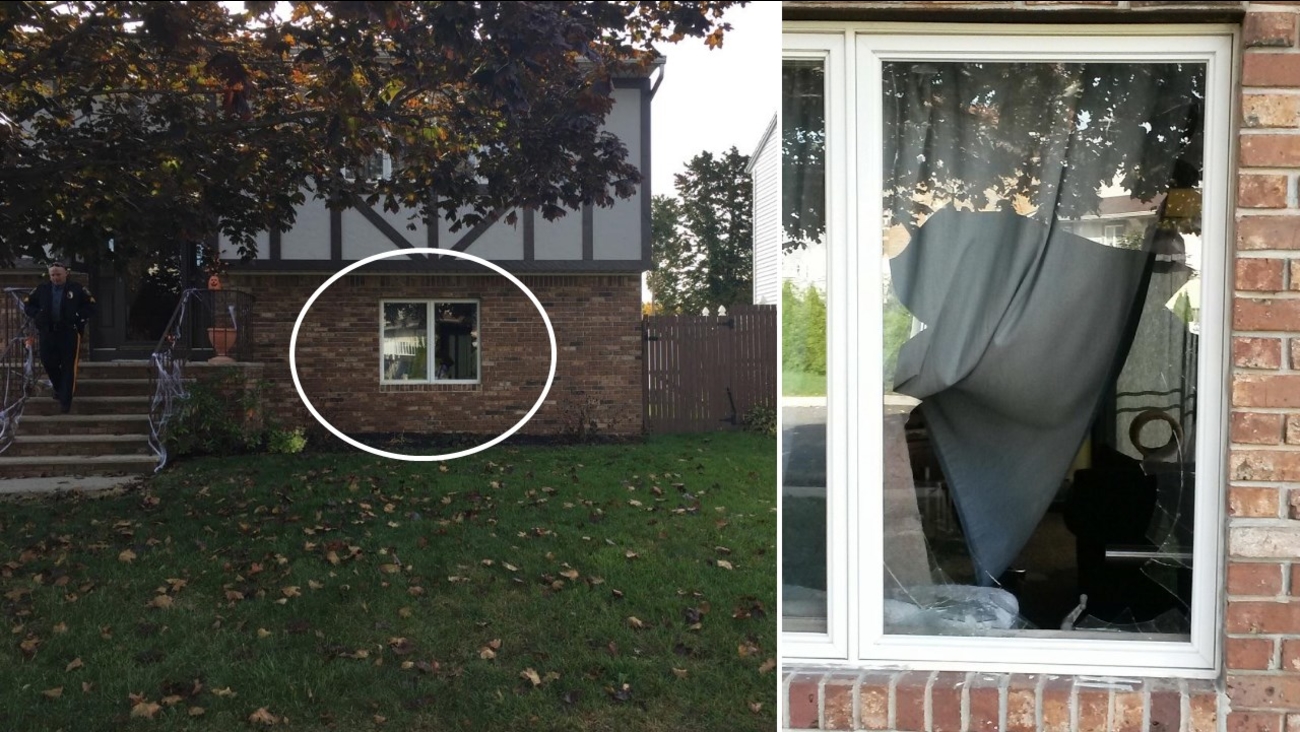 SADDLE BROOK, N.J. (WABC) -- The suspect in a wild home invasion in New Jersey wasn't your typical burglar - it was a deer.

The bizarre incident happened at a home on Claremont Avenue in Saddle Brook.

According to police, a 48-year-old woman called 911 after an antlered deer jumped through the first-floor window and began running around the house.

The woman said the deer ran through her split level home before jumping out the same window where it entered.

Saddle Brook Police Chief Robert Kugler said it's common to see deer around the town -- on the streets, in yards and near the park - but not inside homes. He said this incident was a first for Saddle Brook.

"I guess if you're going to have a home invasion, this is the type you wouldn't mind having," Chief Kugler said. "We're just glad there wasn't a small baby or child, or anyone else that could have been injured by the roaming deer in the household."