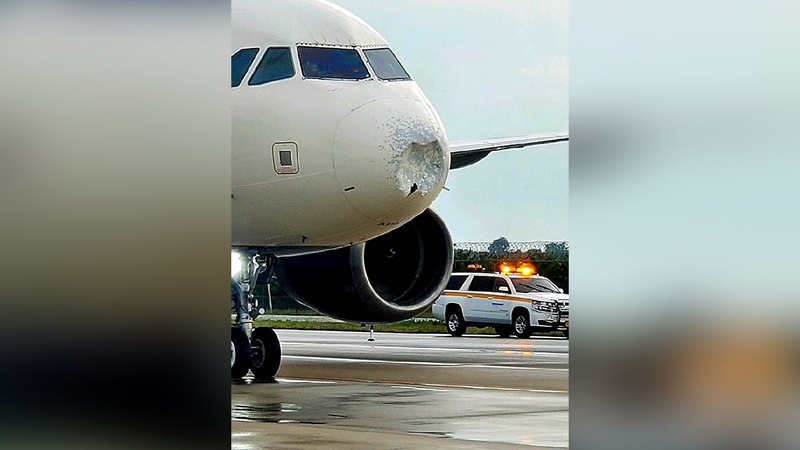 QUEENS, New York City (WABC) -- A Delta Airlines says hail, not a bird, caused the damage that forced a flight to make an emergency landing at JFK Airport in New York City.

The Airbus A319 carrying 43 passengers from Palm Beach, Florida, landed safely at JFK Airport just before 7:00 p.m. on Monday.

RELATED | Storms down trees, cause flash flooding in New Jersey

A spokesperson said during the inspection they found other signs of damage along the wings and tail of that aircraft. The plane will be removed from service for several days.

The FAA is also investigating.