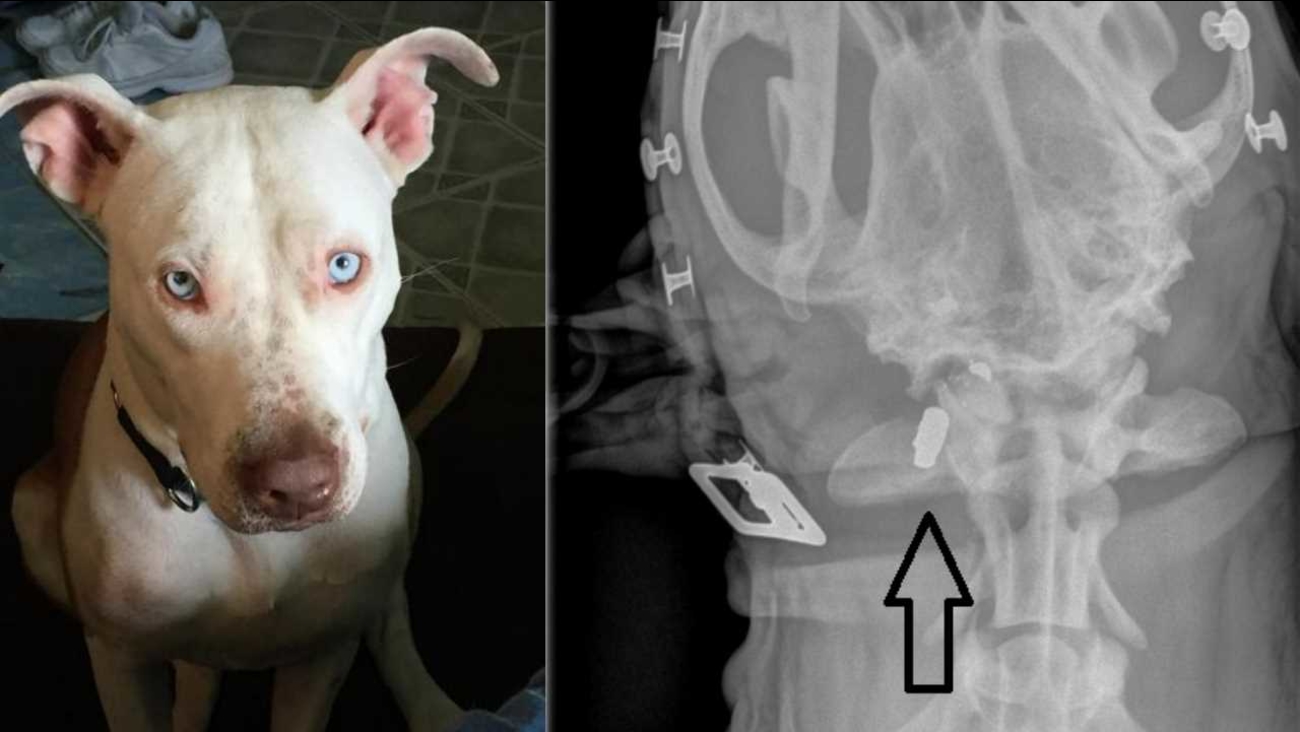 EAST WILLIAMSBURG, N.Y. (WABC) -- An X-ray shows a bullet lodged in a dog's head after it was brazenly shot during a dispute in Brooklyn earlier in the week.

The incident happened in the early hours Sunday in East Williamsburg. Police said 47-year-old Kenneth White and his 24-year-old girlfriend were arguing inside an apartment on Morgan Avenue, and it quickly escalated.

According to police, White punched his girlfriend, choked her and put a gun to her head, saying "I'm going kill you. Give me two reasons to not shoot you."

The argument shifted to who owned the dog, Honey, a 2-year-old pit bull mix. Police said White put the gun in the dog's mouth and fired a shot. He then left the apartment.

The dog was taken to a local veterinary hospital for treatment.

The arrow on the X-ray shows where the bullet is lodged inside the dog. Police said it passed through a bone in the dog's skull and is now in a muscle in the back of her neck. The vet said the bullet won't be removed -- if it's pulled out the dog will die.

Honey is expected to survive, but may need to have another surgery.

White was arrested Tuesday morning, and has been charged with long list of crimes:
- criminal possession of a weapon
- reckless endangerment
- strangulation
- menacing
- aggravated cruelty to animals
- criminal contempt
- torture, injure or not feed animal