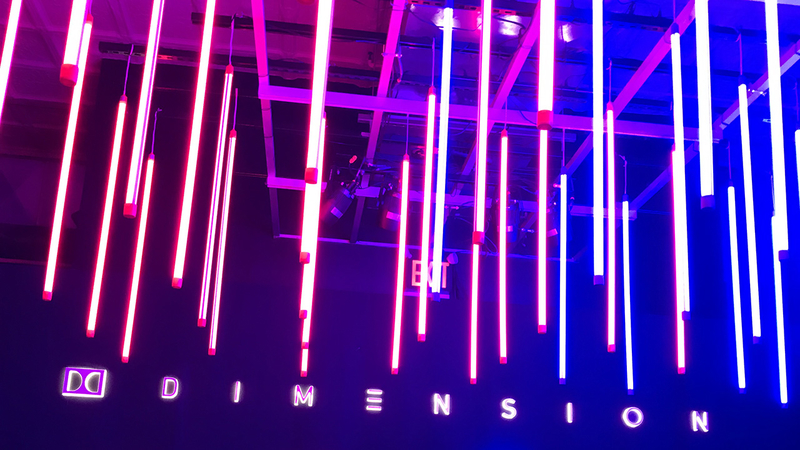 MANHATTAN, New York City (WABC) -- There are less than two weeks to go before the debut of the new Star Wars movie, "Star Wars: The Rise of Skywalker," and the Dolby SoHo is getting fans excited by showing the trailer in a state-of-the-art theater.

It's downstairs from a series of interactive displays that allow you to engage in a light saber duel -- and they'll send you a video of the experience after it's over.

Elsewhere, you can see highlights of duels from each of the Star Wars movies, all made better by Dolby Atmos sound and Dolby Vision picture.

Recent improvements are impressive, and all of this costs you nothing since the Dolby SoHo experience is free to the public.

The Dolby SoHo Star Wars Experience -- featuring 11 immersive exhibits -- opened Friday and transports you on an epic journey to a galaxy far, far away as you explore the Dolby technologies that have powered over 40 years of the Star Wars legacy.

"The force brought us together, and we are thrilled to open the doors of Dolby SoHo so Star Wars fans can experience their favorite franchise like never before," said Stuart Bowling, Dolby Laboratories Content and Creative Relations Director. "It's been an honor to have partnered with Star Wars from the beginning through Star Wars: The Rise of Skywalker. We can't wait to immerse fans in a galaxy far, far away with immersive Dolby experiences at Dolby SoHo."

"Star Wars: The Rise of Skywalker" hits theaters on December 20.

Fans will also also have the opportunity to win posters, exclusive items, and more through giveaways in the space.