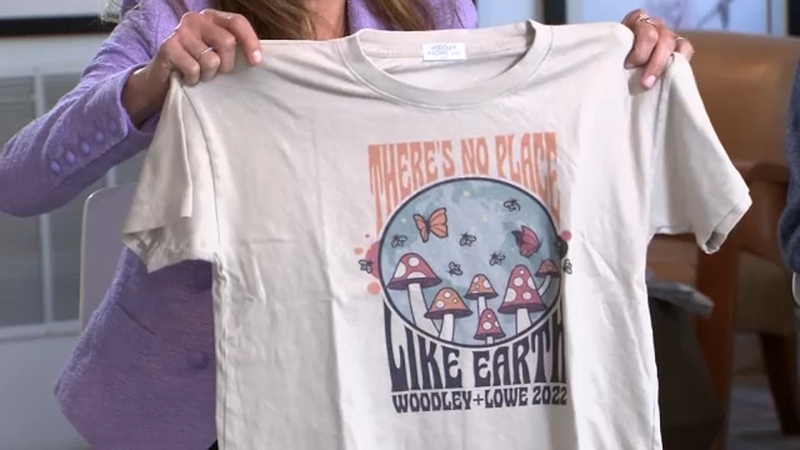 NEW YORK -- In the fashion industry, buzzwords like "sustainability" have now become chic. And in a business where new and different has been the norm, you hear a lot of talk about reusing and recycling.

At the Oscars, there's even a program called "Red Carpet, Green Dress" that celebrates eco-friendly clothing.

The idea of doing good by dressing well has now gone mainstream, and one fashion brand aimed at teen girls, Woodley + Lowe, is taking that to the next level.

"It's not just about making another buck for us," co-founder Rachel Thebault said. "It's really about setting these girls up for success."

Thebault and co-founder Neda Talebian Funk are both moms of teenagers.

"This generation has evolved so much over the years," Talebian Funk said. "They're incredibly passionate about the planet. They're a really politically charged generation."

It's a generation willing to applaud sincere efforts made towards greater sustainability,

"For example, our sweats are made from recycled polyester yarn," Thebault said.

And speaking of recycling, Woodley + Lowe has an exchange program that one 18-year-old high school senior from North Carolina finds most commendable.

"They have a program where you can actually give back your old Woodley + Lowe clothes," Lauryn Taylor said. "And they have a 'resale' section on the website, which is really neat."

The program offers teens cash and store credit for returned items, but the site also has a function that allows direct sales between customers.

Taylor is one of dozens of teen ambassadors for Woodley + Lowe.

"It's not fast fashion," she said. "It's not something that's going to fall apart on me, that I'm going to need to buy again in a couple of months."

ALSO READ | Earth's forest cover could drop by half by 2100; NatGeo explores how humans can protect these trees
EMBED More News Videos

This Earth Day, National Geographic focused its lens on humanity's relationship with the world's 3 trillion trees and 10 billion acres of forest.

The clothes are fun, fashionable, and considered cool by the young women of Generation Z -- who are often consulted directly by the firm.

"This is called the Lulu tank and it's named after my sister," said 16-year-old Lexie Goodyear, while showing off an item. "And it's honestly the most comfortable tank top I own. I lend it to my friends all the time, and they say, 'I need one of those.'"

Goodyear is a sophomore at the Thacher School in Ojai, California, and sees eco-friendly fashion as a way to improve the world.

"We don't want to feed into the old ways," she said. "We want to create the new that's going to create an environment of inclusion and equity for all people whether you're the consumer or the creator of the product."