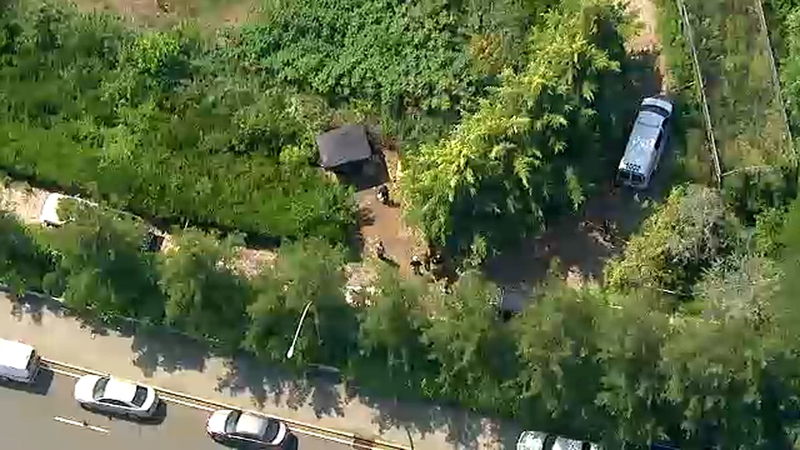 "We have recovered human remains," Nassau County Police Commissioner Patrick Ryder said. "It appears to be a young man in his teenage years, late teenage years."

The search started Wednesday morning south of Glenn Curtiss Boulevard and east of the Meadowbrook Parkway on the Uniondale border.

Authorities described the search as targeted and say it came as a result of several credible tips. It is believed to be gang related and was focused on a 25 foot-by-25 foot sump and a 15-foot hill next to it.

The victim is not believed to be linked to the high school, and authorities do not believe the body was dumped, necessarily, but that it happened near the scene.

There have been several similar searches relating to tips on missing teens who have ended up being murdered by MS-13, including the massacre of four young men in a Long Island park in April of 2017. A reputed member of the gang pleaded guilty for his role in those murders last week.

"That's always an interest of ours, that it could be one of the people we have listed as missing that might have had gang ties," Nassau County police Detective Lieutenant Stephen Fitzpatrick said. "We look for all our missings just as intently as those people. But this particular investigation does have that kind of an element to it."

The search happened despite temperatures approaching 100 degrees. The victim will be identified through DNA.