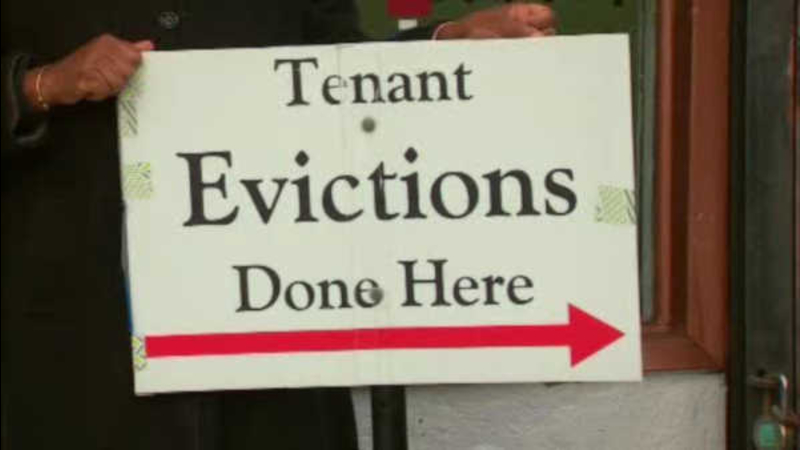 EAST NEW YORK, Brooklyn (WABC) -- 'Not for sale' is the main message local leaders wanted to get across at a rally held in Cypress Hills on Saturday, with both tenants and homeowners complaining about predatory eviction and investment companies.

"People are being offered cash for their homes - vulnerable people are being preyed on, and it's unfair. Housing is a right," says homeowner and advocate Jamel Burgess.

Public Advocate Letita James says the homes are primarily one, two and three family homes which represent brownstones in Brooklyn and the neighborhoods of Cypress Hills, East New York and Bushwick, where a number of residents have lived for generations.

Advocates say families are being harassed with phone calls, flyers and signs offering minimal amounts of cash for homes. Companies like 'Quick Evic' are also pushing people out on the street with eviction and court notices.

"This is East New York, and it's one of them most sought after communities in Brooklyn, because it's the most affordable," New York City Councilmember Rafael L. Espinal.

The city is now offering free legal help to families who believe they have been recently targeted, and they're encouraging people not to take any offers on their homes without professional help.

"We want them to stand down but we also want the city to stand up, and come up with a plan that's going to keep the working people in the neighborhoods that they've raise their children, where they've lived for years," says New York City Comptroller Scott Stringer.