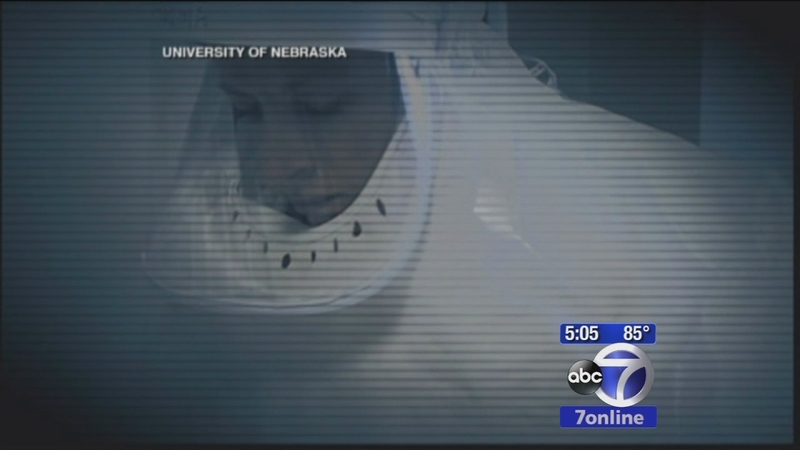 NEW YORK (WABC) -- A man admitted to Mount Sinai Medical Center with a high fever and gastrointestinal symptoms after a trip to West Africa probably does not have Ebola, New York City's health commissioner said Tuesday.

Dr. Mary Bassett said it's "highly unlikely" the man has Ebola even though he recently traveled to a country where the virus has been reported, adding that she would await test results from the U.S. Centers for Disease Control and Prevention.

The man was ill when he arrived at Mount Sinai early Monday.

"I think what we learned from this is that people who are potentially infected with Ebola are rapidly identified (and) actions are taken rapidly to be sure that they are isolated and receive help," Bassett said.

The CDC has said three Americans in the United States were tested for Ebola since the West African outbreak erupted this year and those results were negative.

Officials at U.S. airports are watching travelers from Africa for flu-like symptoms that could be tied to the outbreak.

The Ebola virus causes a hemorrhagic fever that has sickened more than 1,600 people, killing nearly 900 mostly in Liberia, Guinea and Sierra Leone. It's spread through direct contact with bodily fluids. A person exposed to the virus can take up to 21 days to exhibit symptoms, making it possible for infected travelers to enter the U.S. without knowing they have it.

Two American aid workers who were infected with Ebola in Africa are being treated in an isolation unit at Emory University Hospital in Atlanta.

The response in the ER was immediate, and doctors assure the patient will receive the best care possible.

"We believe the care that can be provided here would be sufficient for any patient with that disease," hospital president and COO Dr. David Reich said. "We are hopeful there will be a rapid recovery and this turns out not to be Ebola."

Up to this point, the Centers for Disease Control says three other people have been tested in the United States, and all tested negative.

Only about 40 percent of people who contract the Ebola Virus survive.

At the hospital, officials say they are more than prepared to deal with situations like this one.

"All necessary steps are being taken to ensure the safety of all patients, visitors and staff," the hospital said in a statement. "We will continue to work closely with federal, state and city health officials to address and monitor this case, keep the community informed and provide the best quality care to all of our patients."

"Many things cause fever and gastrointestinal symptoms," ABC News' Dr. Richard Besser cautions. "The steps they are taking are wise given the travel history, but nothing about the symptoms is specific to Ebola." 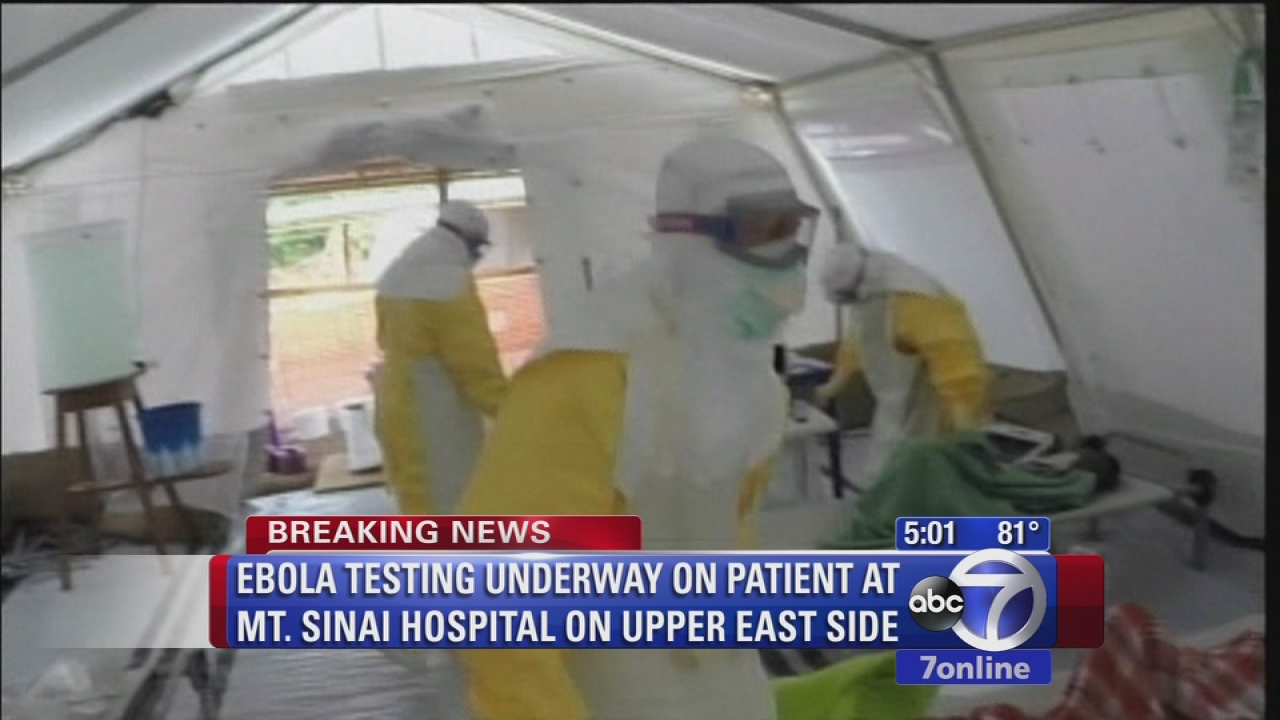 Federal agents at U.S. airports are watching travelers from Africa for flu-like symptoms that could be tied to the recent Ebola outbreak, as delegations from some 50 countries arrive in the nation's capital for a leadership summit this week. Border patrol agents at Washington's Dulles International and New York's JFK airport in particular have been told to ask travelers about possible exposure to the virus and to be on the lookout for anyone with a fever, headache, achiness, sore throat, diarrhea, vomiting, stomach pain, rash or red eyes.

"There is a screening process that individuals have to go through when they board aircraft departing the countries where this outbreak has been reported. There is additional screening that occurs when individuals who started in that region of the world arrive in this country," White House Press Secretary Josh Earnest told reporters.

If a passenger is suspected of carrying the deadly virus, they would be quarantined immediately and evaluated by medical personnel, according to the Centers for Disease Control and Prevention, which provided the additional training to local airports.

"There is always the possibility that someone with an infectious disease can enter the United States," CDC spokeswoman Barbara Reynolds said Monday. "The public health concern is whether it would spread, and, if so, how quickly.'"

While the CDC says it is not screening passengers boarding planes at African airports - the job of local authorities there - the center said it has encouraged vulnerable countries to follow certain precautions. Outbound passengers in the countries experiencing Ebola are being screened for fevers and with health questionnaires, Reynolds said.

Health officials say the threat to Americans remains relatively small, even with the uptick in travel this week between Africa and the United States. In the past decade, five people have entered the U.S. known to have a viral hemorrhagic fever, including a case last March of a Minnesota man diagnosed with Lassa Fever after traveling to West Africa.