Coronavirus News: 7 On Your Side Investigates the challenges of remote learning

WABC
NEW YORK (WABC) -- Schools across the country are closing, and districts are scrambling to launch online remote learning programs in the wake of the coronavirus outbreak.

However, 7 On Your Side Investigates found remote learning will be a challenge for thousands of students who have no computers or internet access at home.

According to the American Community Survey, a yearly survey conducted by the U.S Census Bureau, around one out of five households in the Tri-State region did not have high speed internet as of 2018.

A smaller percentage of households also lacked computers, and the disparity was even more pronounced in certain school districts.

That reality presents a challenge for school districts quickly trying to roll out remote learning programs that don't leave students behind.

"There are a lot of balls in the air," New York state Senate Education Chair Shelley Mayer (D-Yonkers) said. "The challenge is to do (remote learning) responsibly, calmly, and to ensure that where possible, children have access to the same degree of educational elements so that if they need a Chromebook, we do our best to provide it regardless of whether they have one at home."

In a statement, the New York State Department of Education called on districts to "offer a variety of methods of learning."

A spokesperson for the New Jersey Department of Education indicated schools remain committed to students learning and solutions vary by district.

"The people in the school districts know their communities best, and they are in the best position to determine what approaches work for their students," the spokesperson wrote.

In New York City, schools Chancellor Richard Carranza announced plans to accumulate about 300,000 connected iPads to give to students.

The Lakeland Central School District indicated it would send students home with Chromebooks.

Some internet providers stepped up to offer Wi-Fi to students free of charge, while other districts have opted to send students home with take home paper packets for completion.

Using the maps created by 7 On Your Side Investigates, you can scroll over each state to explore the Wi-Fi divide by district or search for a specific school district in your area and see the percentage of households without computers and without high-speed internet access. 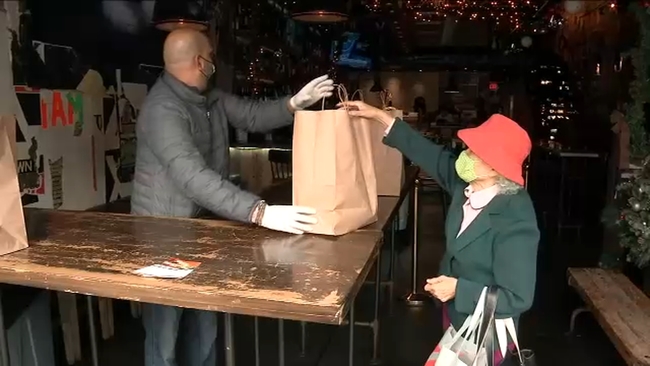