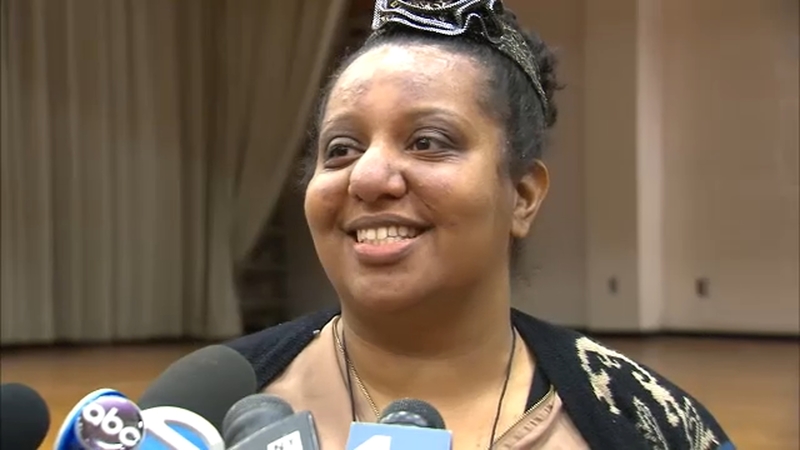 Brooklyn teacher one of 40 nationwide to win education award

BUSHWICK, Brooklyn (WABC) -- A Brooklyn teacher arrived to work Wednesday to learn she had won a very prestigious and exclusive award.

Princess Francois says that when she went to school, she didn't expect to leave $25,000 richer.

But that's exactly what happened after Francois was named one of 40 educators nationwide and the only New York teacher to win the Milken Educator Award.

The award was announced in front of the entire student body of Bushwick's Math, Engineering and Science Academy, known as MESA.

"I feel like teaching found me," she said. "I originally wanted to be a doctor, and then I joined Teach for America. And it was through that that I fell so in love with my kids. Because I was teaching in the neighborhood that I came from."

She started as a teacher at MESA and was promoted to assistant principal.

Under her supervision, Regents pass rates have increased by more than 17% for algebra and chemistry. And when there was a search for the perfect unsung hero to win the Milken Educator Award, her name came up.

"I'm like their second mom," she said "They literately are calling me mom, and they say, 'You mean so much to me, you inspire me.'"

Students describe Francois as kind and say she's teacher who will text you to keep on track when your grades are down.

"I was just like just weighed down with all the stuff I was going through, and she noticed and she took me aside," senior Aisha Washington said. "We worked towards how I could get back to where I was."

Francois is engaged to a teacher at another school and expects some of her $25,000 will go toward the day this Princess will become a queen.

"I'm wedding planning right now, and so as an educator trying to plan a wedding, it's a lot of money," she said.