In the running is Nicole Conlisk, a math teacher in the Bronx who inspires despite her difficult battles against breast cancer.

Nicole is counting on votes that could bring a huge prize to her school, as well as celebrate her inspirational journey.

She is a math teacher at MS 529 in Baychester, where her students and the other staff adore her.

They shared the contest with her, saying they thought she should enter because she's such a positive person in the classroom and in life. 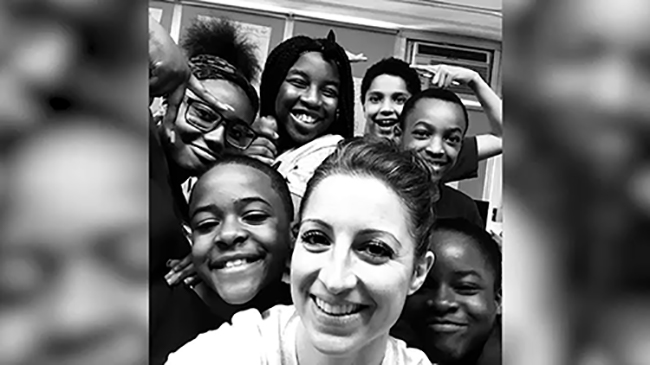 Nicole is from Queens and married to Jason from the Bronx, who is an FDNY captain. They now live in New Rochelle. Their fairy tale first hit rough seas when their son Jay was born with a heart defect.

"He had major 8 hour surgery when he was 6 days old," said Nicole.

He's now healthy, a lively 3-year-old who loves to sing and read the Gruffalo book series.

At 28 weeks pregnant with twins, the doctor told her she had cancer, shocking the young healthy mother and her husband.

"It was tough," said Jason. "I was at work when she told me and I rushed home right away."

Treatment began and continued until the twins, Peyton and Jordyn, were born healthy on January 2nd. 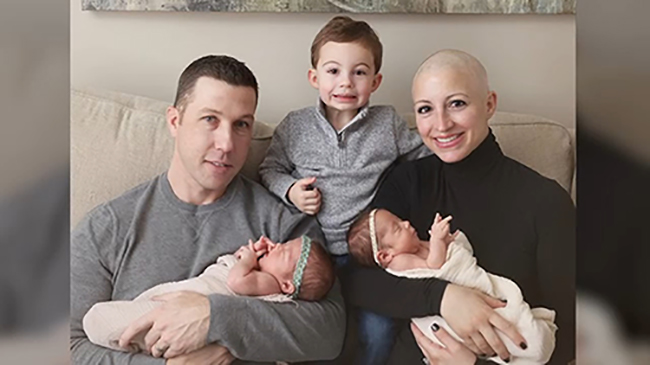 During our interview, the parents had the twins, one each, but mid-interview they had to swap the babies.

"This is life!", said Nicole, who says they have been juggling a lot but she knows they will be okay.

"Knowing how strong she is makes it easier," Jason said, "I don't have to worry as much about her emotional state."

Nicole's motto is to be grateful and then work through the problem. "Someone is in a worse situation so I'm gonna be grateful for where I am and do what I need to do to get out of this situation," she said.

"Just knowing that there are so many people out there looking out for us and prayers really helps out," said Jason. Plus a chance to sail away from all their worries has been a big moral booster.

"The treatment has been tough the last couple of weeks but the cancer is shrinking and it's almost completely gone so hopefully I'll go into surgery," said Nicole. The hope is that they will say it's 100% gone.

She may teach 6th grade geometry but solutions to life problems require the same calculation: not giving up.

Speaking of math - if Nicole gets the Norwegian Cruise line trip, her school gets $25,000.

Little Jason ended the interview by grabbing the Eyewitness News microphone to say, "VOTE FOR MY MOM!"