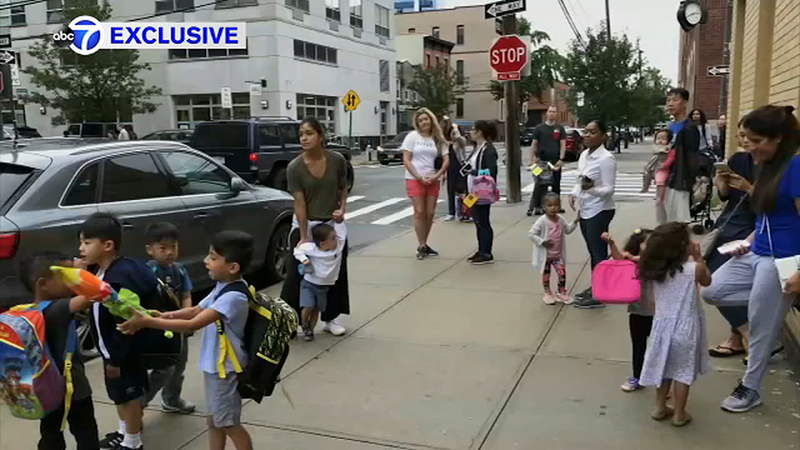 LONG ISLAND CITY, Queens (WABC) -- Some parents in Queens are voicing their frustration after a confusing start to the school year involving a number of problems with school bus drivers.

Parents who were already steaming mad had even more reason to be angry Thursday morning.

"I have an 18 month old," said parent Danielle Lee. "I have my 5-year-old and I have my husband who has to go to work. On top of it we had maybe 8 or 10 other children who had to make sure to get to school."

Parents say pictures show dozens of kindergarteners waiting for half an hour at their bus stop in Long Island City before finally giving up and walking more than a mile to class.

It took them more than 30 minutes.

The first week of school has literally been a wild ride for parents of kindergartners at PS 384Q and across District 30 in Queens.

Parents outside the school for an emergency meeting with the Department of Education told us the issues we reported Wednesday night are happening all across school district 30.

In an Eyewitness News exclusive, the parents described a laundry list of issues with their school bus.

Parents say a 5-year-old had to give his bus driver directions, two drivers allegedly drove the wrong way down one way streets, and parents say one driver refuses to instruct or help kids buckle up seat belts.

And that's on top of skipping stops several days last week, leaving kids at school on day two and dropping off kids at the wrong stops.

The bus company promised their bus driver would not be driving their kids Thursday morning. The problem, parents say, is that no one did.

"I had three crying kids that we were trying to celebrate that we would get this worked out and be able to ride the bus while inside the parents are scared and seething and nervous," said parent Lauren Higgins.

"This is a crisis for any parent whose child is affected," said City Councilman Jimmy Van Bramer. "And the city of New York and the mayor and the DOE need to be handling this as if it's a crisis."

Van Bramer says he is outraged, along with thousands of parents throughout school district 30.

"The administration told me that it is all hands on deck and that they are going to fix it," he said. "The problem is and the question that I have is how bad does it have to get before you fire a bus company?"

Parents say in their meeting with DOE Thursday that lasted well over an hour, tempers were simmering hot.

But they say DOE was receptive and promised any school with persistent problems by Monday will get new bus service.

In a statement, Grandpas Bus Company says "Grandpas Bus Co wants to take this opportunity to sincerely apologize for the issues during these first few days of service. We can assure the parents these problems are being rectified and addressed as soon as they are received... Grandpas has a zero tolerance policy for any lawbreaking and takes the safety of the children as it's number one priority."

As for the bus Thursday morning a spokesperson says it was late because they had to remove the driver and replace her with a new one.

They had a 5 o'clock meeting Thursday morning with drivers to go over safety procedures. They promise full pickup Friday. 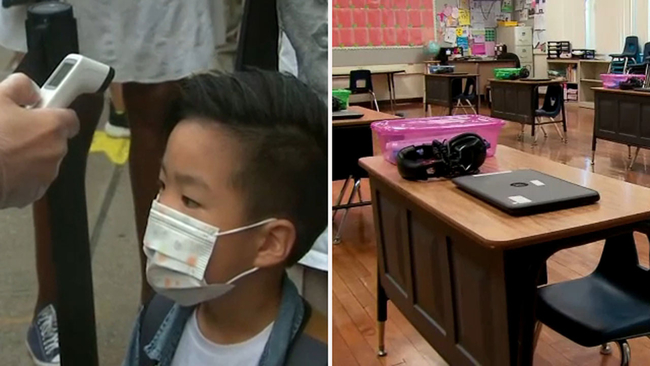 NYC schools to welcome back 51,000 students at end of April