El Chapo -- aka Joaquin Guzman -- one step closer to US extradition 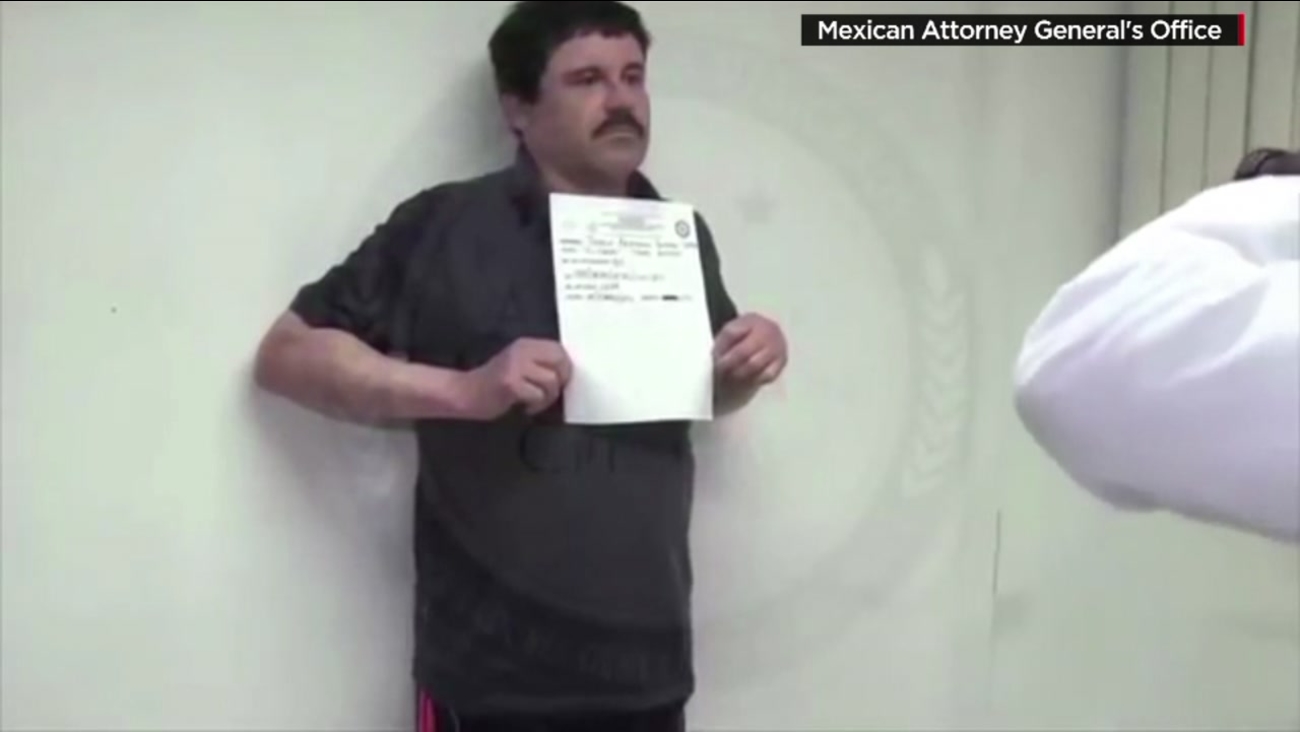 MEXICO CITY, Mexico -- Joaquin ''El Chapo'' Guzman has a final appeal standing between him and an American jail cell.

Mexico's Attorney General's Office says a federal judge there has denied the druglord's appeals against extradition to the U.S.

He had five appeals pending. In a statement Thursday, Mexican government officials said the judge denied two of the appeals and threw out the other three.

Last week, Mexico's national security commissioner said that Guzman could be extradited in January or February.

He is wanted on drug trafficking and other charges in Chicago, Brooklyn and several other jurisdictions.

The ruthless leader of the Sinaloa cartel escaped from a maximum-security prison in 2015 and was recaptured in January. He is currently imprisoned in the northern border state of Chihuahua.

As federal authorities in Chicago await a decision on whether Guzman will be tried here, the danger to anyone close to El Chapo was underscored in an assassination Tuesday.

The judge assigned to the El Chapo case in Chicago may have been paying closer attention than anyone to what happened in Mexico.

Federal prosecutors in Chicago are awaiting El Chapo's extradition to the U.S. to stand trial on charges either here or in Brooklyn, New York City, where he also is under indictment.