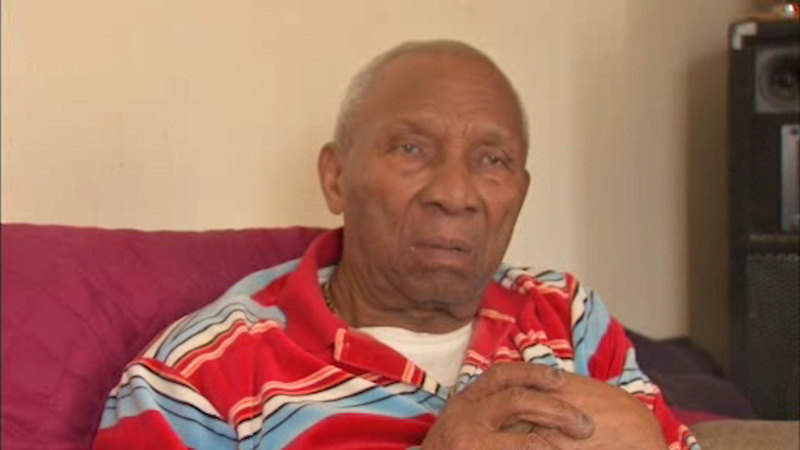 NEW YORK (WABC) -- Police in Brooklyn were looking for a suicidal man in his 20s.

They found an 86-year-old man cooking soup in the kitchen.

He had a knife in one hand and an onion in the other. That's when police tasered him.

He's lucky to be alive and now he's suing.

John Antoine came to this country from Trinidad 45 years ago. He's the father of six and has more grandchildren than he can count.

For the most part, he has lived a peaceful life until October 24th of last year.

"Whether in Trinidad or here, I've never experienced that, never," Antoine said.

"You were cutting an onion and the doorbell rang?" Eyewitness News asked.

He left the door ajar thinking it could be his wife and continued to cook.

"Coming up the step I hear these feet coming up like a horse," Antoine said. "I look, I see five people, no badge, nothing. I say, 'What do you all want?'"

He said he was extremely confused. He still had the knife and onion in his hand.

"They're yelling at me, so I say 'just second'. I turn my back, I put the knife down, and bam," Antoine said.

He said he was tased on his neck.

"They are yelling, 'Hit him again, get him with the next one.' He hit me on my leg here and one kicked me in the stomach on the floor," Antoine said.

His attorney said he was the wrong guy the whole time.

"A member of the 63rd precinct had called in to another part of the New York City police responding and gave the information that it was a 23-year-old male that they had to respond to," said Scott Rynecki, Antoine's attorney.

"I still have pain in my shoulder and leg and some nights I can't sleep," Antoine said.

Even though he was not the man they were looking he still faces charges of harassment and is due in court next month. Antoine's attorney has filed a $5 million lawsuit.