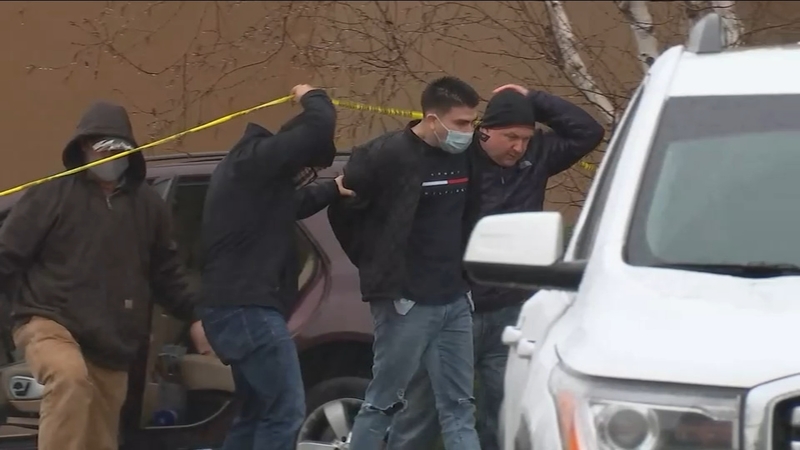 1 suspect shot, another arrested during DEA operation in NJ: Officials

ELIZABETH, New Jersey (WABC) -- An investigation is underway after a suspect was shot and injured, and another was taken into custody during a DEA operation in New Jersey on Wednesday, authorities say.

Shell casings littered the parking lot of a Ruby Tuesday in Elizabeth, where DEA agents opened fire on two suspects on Wednesday.

It was around 4 p.m., when across the street from The Mills at Jersey Gardens Mall, gunfire erupted.

Eyewitness News was at the scene when one of the two suspects was pulled out of a maroon SUV.

The man was taken into custody, hobbling and in handcuffs.

It's still unclear how it all unfolded, but it appears several vehicles were involved in the incident.

That maroon SUV, a grey pickup, and perhaps even a silver SUV and grey minivan.

Federal law enforcement officials have only confirmed the DEA Task Force was involved in a shooting during an ongoing narcotics operation.

No agents or task force officers were injured.

One suspect was wounded and taken to the hospital.

What still isn't clear is whether this was part of a planned operation or if agents stumbled upon something.

It's not yet known how many shots were fired or if the suspects were being sought.
ALSO READ: Fire rages at Long Island asphalt plant after tank explodes
EMBED More News Videos