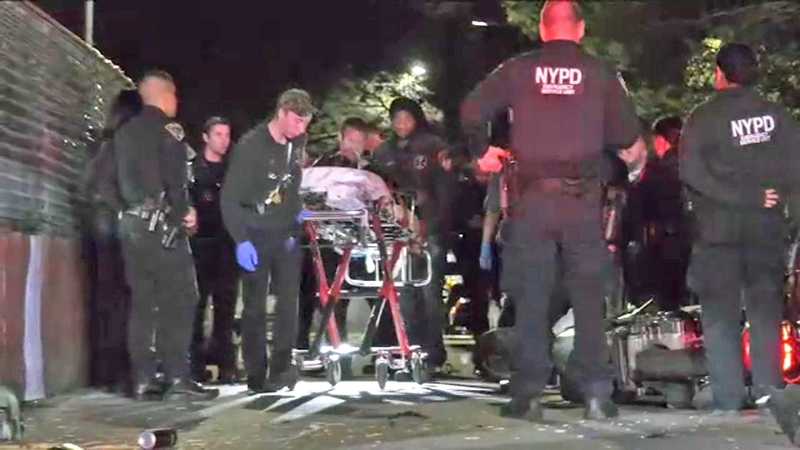 ELMHURST, Queens (WABC) -- A teen was shot in the leg and two others injured after gunfire rang out as they allegedly tried to steal car parts in Queens early Friday.

All three fled on a moped and crashed into a car driven by an off-duty police officer from New Jersey on 65th Street.

The three were held by the off-duty officer for responding police.

All three were taken to Elmhurst Hospital.

Burglary tools were found at the original scene, police said.