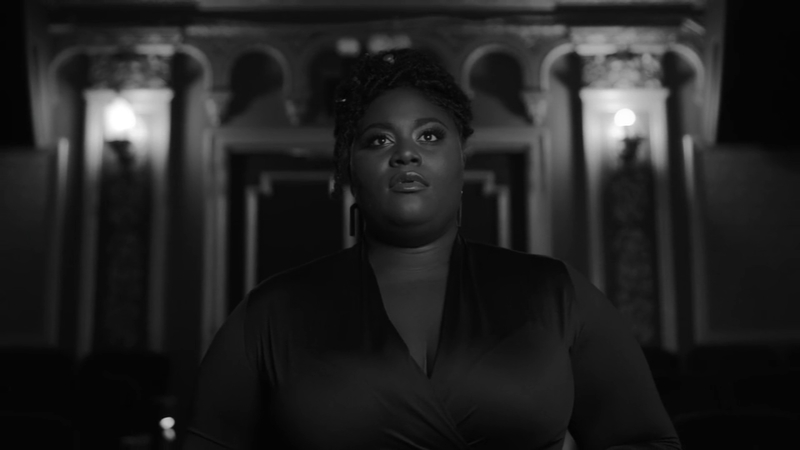 In the middle of the 20th century, Mahalia Jackson fought racism and bigotry through the power of her sacred voice: A gift that allowed her to reign as the Queen of Gospel Music.

She spent several years developing the script for the project because, as Roberts said recently, the legendary singer deserved her own movie.

The star chosen to play the lead role was Danielle Brooks, who was nominated for a Tony Award in Broadway's "The Color Purple" and came to fame on TV in "Orange Is the New Black." She also won a Grammy Award for Best Musical Theater Album for "The Color Purple."

Sandy Kenyon reports on actress Sarah Sutherland who is abandoning comedy for drama in her latest movie role in "Like a House on Fire."

Roberts told the ladies of "The View," that she had her doubts.

"I have to admit, I was like, 'Taystee (referencing Brooks' "Orange is the New Black" character), she can sing?" Roberts said.

Can she ever, as she proves on Jackson's first big hit, "Move On Up a Little Higher."

Jackson sold more than 20 million records without ever compromising her principles or abandoning her faith. She resisted calls to sing the blues, though she was clearly influenced by Bessie Smith,) and once said jazz music was "when the devil stole the beat from the Lord."

"I'm grateful to have people like her," Brooks said. "Because it's a reminder that you don't have to go into the mold that people want you to."

Brooks was hired at the suggestion of the film's director, Kenny Leon, who had worked with her previously for Shakespeare in the Park and became convinced Brooks could play this icon.

"Was I intimidated? Slightly," she said. "I was more intimidated by the singing than by the acting, because I went to school for acting."

"When you go beyond that dream that you dreamt for yourself, that is the greatest feeling in the world," she said.

Sandy Kenyon has more on two new stars of social media, 15-year-old Mireille Lee and her 13-year-old sister Elodie, who are using their TikTok page A Life of Literature to show tha

Only a handful of performers in the world could do justice to this legend, who made history on stage and off.

"The March on Washington, Mahalia Jackson was the one who shouted out to Dr. King, 'Tell them about the dream,'" Roberts said. "And that's when he went into the part that we remember the most."

And that was just one moment among many when Jackson made a difference.