Rolling Stones gear up for historic free concert in Cuba 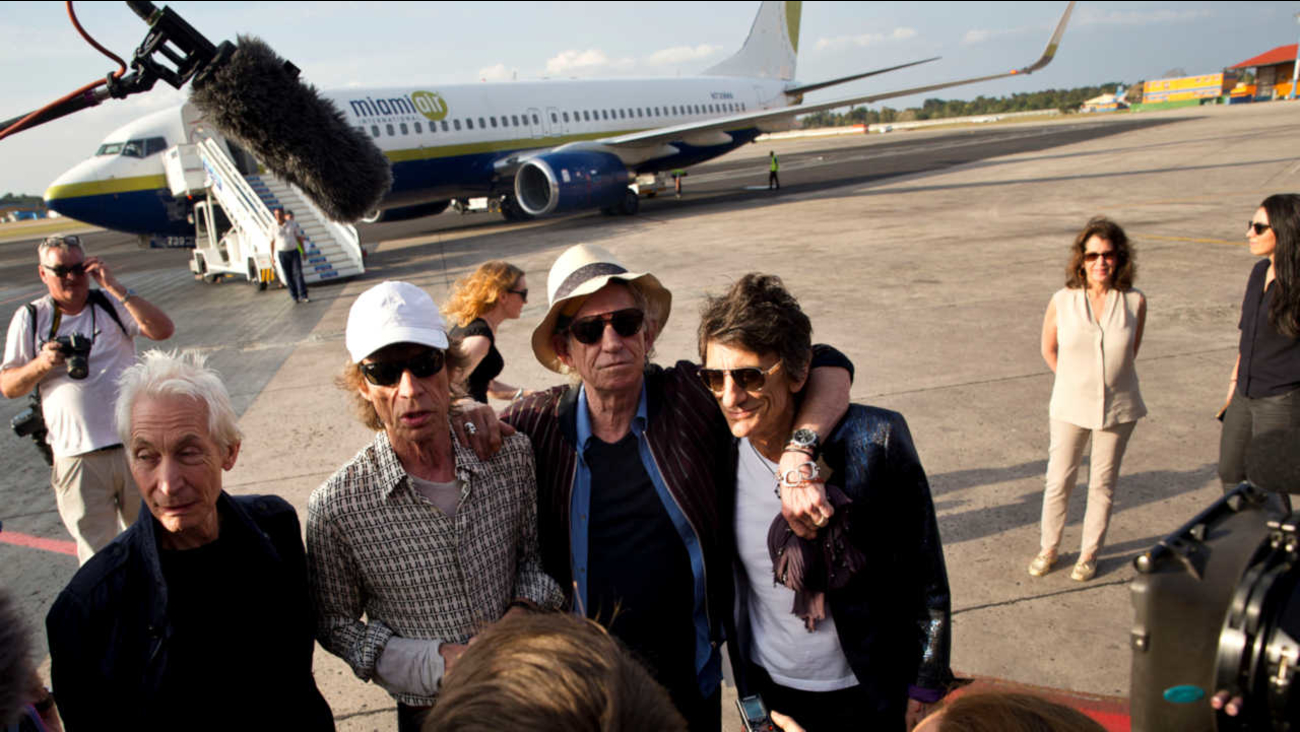 AP
By ANDREA RODRIGUEZ and MICHAEL WEISSENSTEIN
HAVANA. Cuba -- The Rolling Stones are gearing up for an historic free concert on Friday in Cuba, where the communist leadership once silenced rock and roll music.

The band arrived Thursday evening in the Cuban capital where the concert will be held.

"Obviously something has happened in the last few years," lead singer Mick Jagger said in English. "So, time changes everything... we are very pleased to be here and I'm sure it's going to be a great show."

The concert comes three days after President Barack Obama wrapped up a visit to the communist-run island during which he declared an end to the last remnant of the Cold War in the Americas.

"It's a dream that has arrived for the Cuban people," radio host and rock music specialist Juanito Camacho. "A lot of young Cubans will like the music but it will also satisfy the longings of older generations."

Cuban musicologist Joaquin Borres characterized the event as "very important," saying it would be the biggest rock concert of its kind ever on the island. He predicted that it would encourage "other groups of that stature to come and perform."

The band's private plane flew into Jose Marti airport with the four British rockers and about 60 technical workers and family members.

The Rolling Stones also transported a great amount of gear to the island for the concert, including seven huge screens and 1,300 kilograms (2,866 pounds) of sound equipment.

"We have performed in many special places during our long career, but this show in Havana will be a milestone for us, and, we hope, for all our friends in Cuba, too," the band said in a statement released before the arrival.

The concert will be held outdoors at Havana's Ciudad Deportivo, where nearby streets were blocked to traffic beginning on Thursday.

In the heat of Cuba's revolution from the 1960s to the 1980s, foreign bands such as The Rolling Stones were considered subversive and blocked from the radio. Rock music such as the Stones' wasn't officially prohibited in public, but it was disapproved of. Cubans listened to their music in secret, passing records from hand to hand.