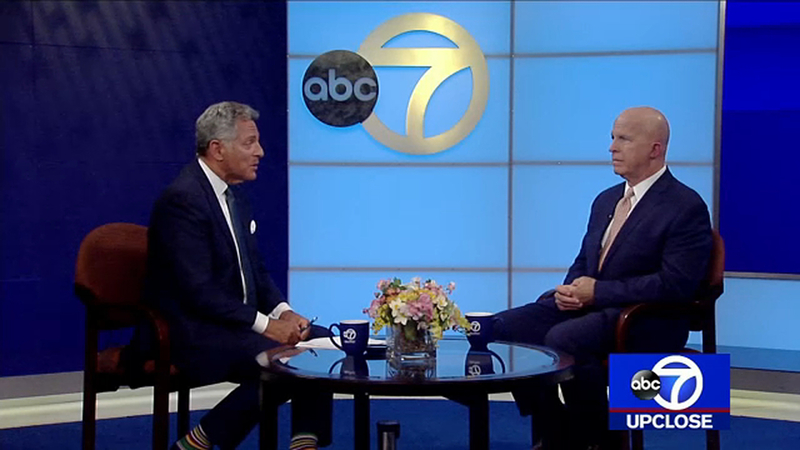 O'Neill said he made that decision alone, calling it "one of the most difficult things" he's had to do.

"(PBA President) Patty Lynch is doing what he thinks he should do for the membership," he said. "But he needs to be careful not to destroy their confidence."
EMBED More News Videos

Carr said that the decision to fire Pantaleo did not provide a sense of justice, but "a sense of going in the right direction."
EMBED More News Videos

Carr said Mayor Bill de Blasio should have acted sooner rather than wait for the case to go through the courts or the federal government to act.

Joining her in the interview was an outspoken advocate in the Eric Garner case, Rev. Kirsten John Foy.
EMBED More News Videos

Also on Up Close, a look at the week in politics, including President Trump's various policy pronouncements via Twitter.
EMBED More News Videos