'Escape room', new craze that locks people in and gives them clues to get out 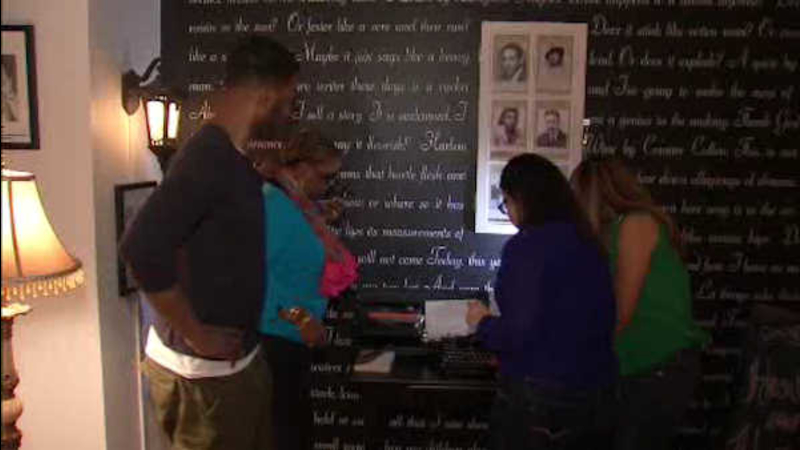 NEW YORK (WABC) -- It's the newest game for adults. And it has now reached craze-status across the country, including here in the Tri-state.

Call it the Great Escape. People locked in a room, and given clues how to get out.

It's fun and challenging and everyone has to work together as a team.

"Welcome to our New York City morgue," a group was told as they entered.

The morgue isn't really on the other side of the door, but you're meant to feel like it is.

This is an escape game. Players are given clues to figure out how to get out, and it's a race against time.

"Cluefinders have to use their wit and intellect for critical problem-solving skills in order to solve mysterious puzzles and clues to escape out of the room in 60 minutes," said Michele Ware, who loved her escape room experience so much she left her job in finance to open Hoodwinked Escape in Harlem.

It's located on 116th street, right through the wrought iron bars. There are 4 rooms escape experiences, including a hangover themed room, a military styled room and one that celebrates Harlem.

As many as ten people play at a time. The rooms are monitored and clues are doled out as requested.

It's exciting and frustrating all at once.

"This is a lot harder than I thought it would be. 6 minutes feels like 6 hours already because it's hard," said one woman. "But I'm determined to get out of here and I want the clues because I want to do it."

Those who don't get out in time are hoodwinked.

But for that hour inside, away from their cells phones, it's a chance to think, bond and sometimes work with strangers.

"You cannot escape the room without collaboration," said Michele.

Only 25 percent manage to break out and you can tell they're pretty psyched.

"This is exhilarating, it's fun, I get to know people that I never saw before and they've got great talents behind them. I would come here any time," said one of the men who played.

Hoodwinked Escape is open every day. It's $28 a person.