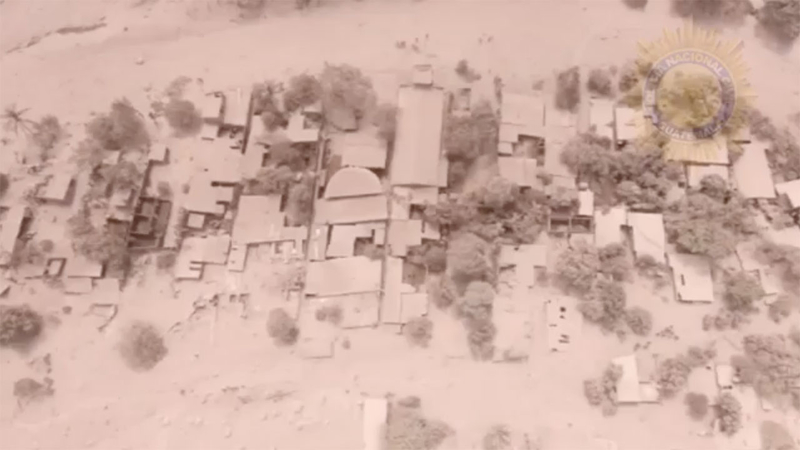 ESCUINTLA, Guatemala -- New drone footage shows the extent of the destruction caused by the deadly eruption of the Fuego volcano in Guatemala.

The footage, taken by the country's police force, shows the village Escuintla coated with a thick layer of brown ash as far as the eye can see. The ash covering the stricken region was hardened by rainfall, making it even more difficult to dig through the mud, rocks and debris that reached to the rooftops of homes.

Firefighters said Wednesday the chance of finding anyone alive amid the still-steaming terrain was practically nonexistent 72 hours after Sunday's volcanic explosion.

Once a verdant collection of canyons, hillsides and farms, the land is now a barren moonscape. Rescuers poked metal rods into the ground, sending clouds of smoke pouring into the air in a sign of the super-hot temperatures still remaining below the surface, which firefighters said reached as high as 750 to 1,300 degrees Fahrenheit in some places.

As of June 6, local officials report that 99 people are dead and at least 192 are missing.

At least 60 people have died, and over 3,000 have been evacuated from the eruption of Guatemala's Volcan de Fuego, according to officials.