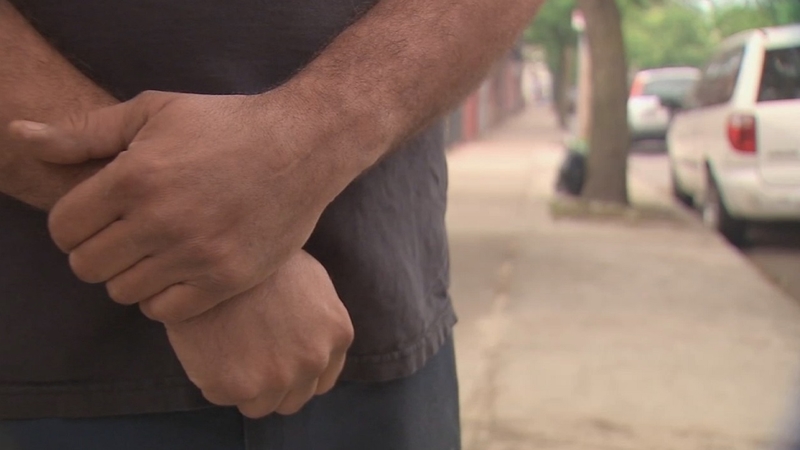 RIDGEWOOD, Queens (WABC) -- A car mechanic was mysteriously assaulted in Queens. He was working on a car in front of his repair shop in Ridgewood when suddenly a gang of men beat him up.

Eight men walked down Decatur Street and approached the mechanic from different angles on both sides of the street. The mechanic says they didn't say a word - he didn't even see the first punch that knocked him out. The suspects kept going at him as he lay on the ground.

The mechanic, who does not want to be identified, woke up in the hospital with a concussion - he is now seeing double and is experiencing headaches. More than that, he says the confusion hurts more than the physical pain. He had $700 cash on him, and the suspects never went through his pockets, so it does not appear to be a robbery attempt. He has no clue why the attack happened to him.

"Kind of a nightmare. Right now I don't know who these people are. I wish I had answers," the mechanic said.

The victim says police still have not come to review the video or follow up with him.

"I am very frustrated with the police," he says.