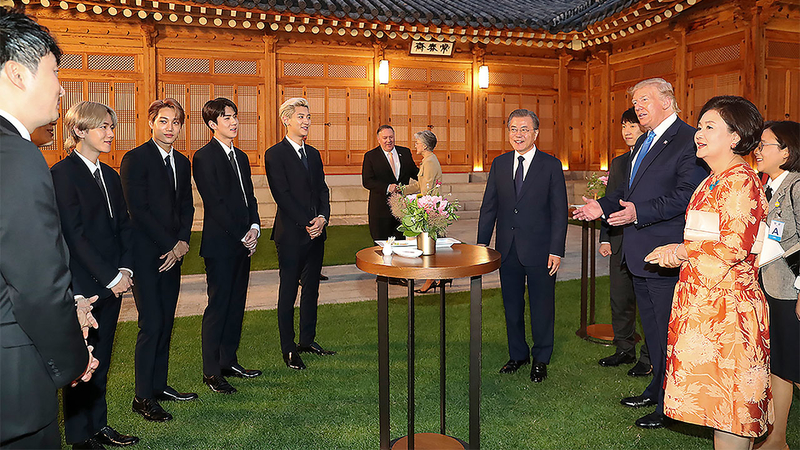 SEOUL, South Korea -- President Donald Trump is being welcomed to South Korea by its president - and one of its biggest K-pop boy bands.

Trump's met with President Moon Jae-in at the Blue House, where the South Korean leader has his offices and home.

Did you know that it is @IvankaTrump’s second time meeting @weareoneEXO? First, it was at #PyeongChang2018 and now at @TheBlueHouseKR ! pic.twitter.com/su8GE96Ydo