Top 5 stories you need to know for Monday 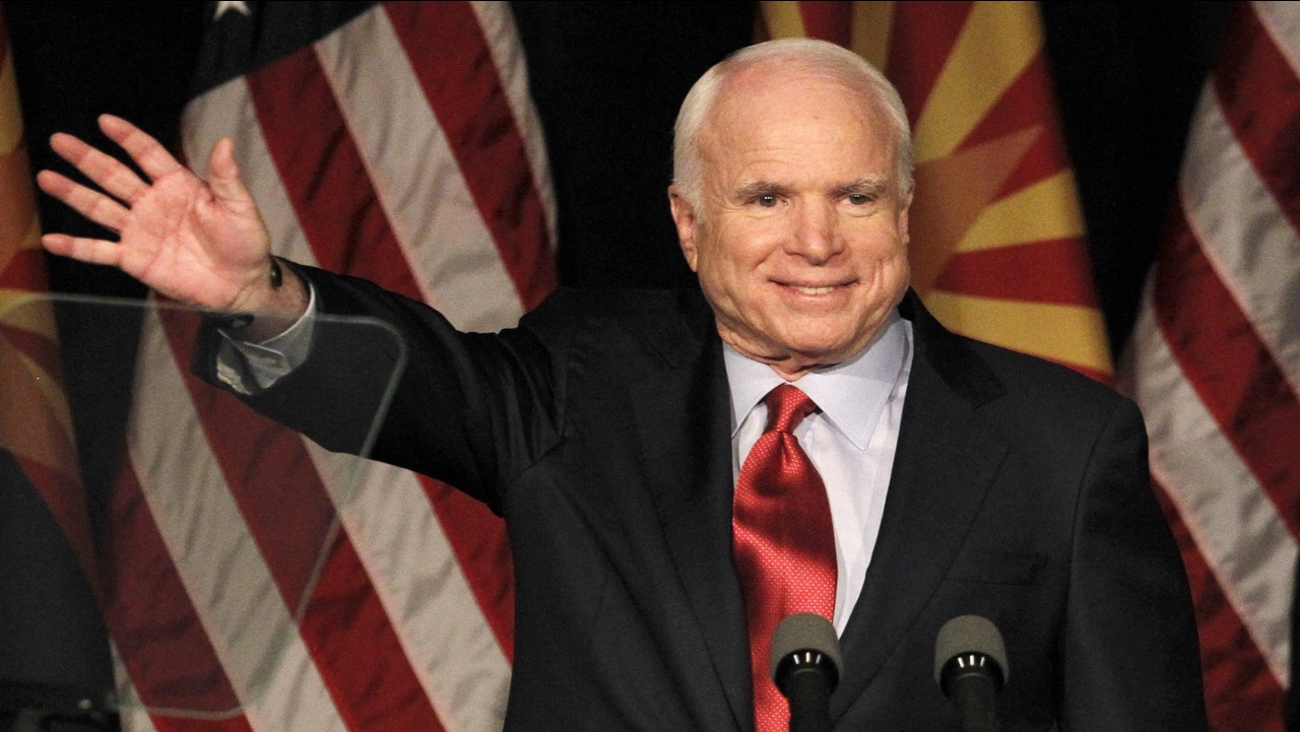 NEW YORK (WABC) -- Tributes poured in this weekend following the deaths of two famous figures in the worlds of politics and entertainment who each left his own enduring legacy: Arizona Senator John McCain and famed playwright Neil Simon. Meanwhile in Florida, a video game tournament became the scene of a mass shooting.

Here's a look at the top five stories you need to know from over the weekend.

John McCain dies after brain cancer battle
He was a war hero, six-term Arizona senator and the 2008 Republican presidential nominee. John McCain died Saturday at the age of 81, more than a year after he was diagnosed with glioblastoma, an aggressive form of brain cancer.
EMBED More News Videos

Eyewitness News anchor Bill Ritter looks back at the life of Senator John McCain, who died Saturday at age 81 following a battle with brain cancer.

A look back at celebrities that have passed this year

ABC's Eva Pilgrim has the latest on a shooting at a Madden tournament in Jacksonville, Florida.

Multiple people are dead after a shooting in downtown Jacksonville, according to local authorities.

Police search for suspect in mysterious death of reality star
Police are searching for a man they want to question in the death of Lyric McHenry, who was found on a desolate Bronx sidewalk. The daughter of movie producer Doug McHenry, she had appeared on an E! reality series.
EMBED More News Videos

Joe Torres has the details on the search.

Woman fights off rape attempt at entrance to East Harlem building
Police say an attacker tried to rape a 22-year-old woman in the vestibule of a building of East 128 Street and 5th Avenue early Saturday, but he took off after the victim fought back.
EMBED More News Videos

Kemberly Richardson has the details.