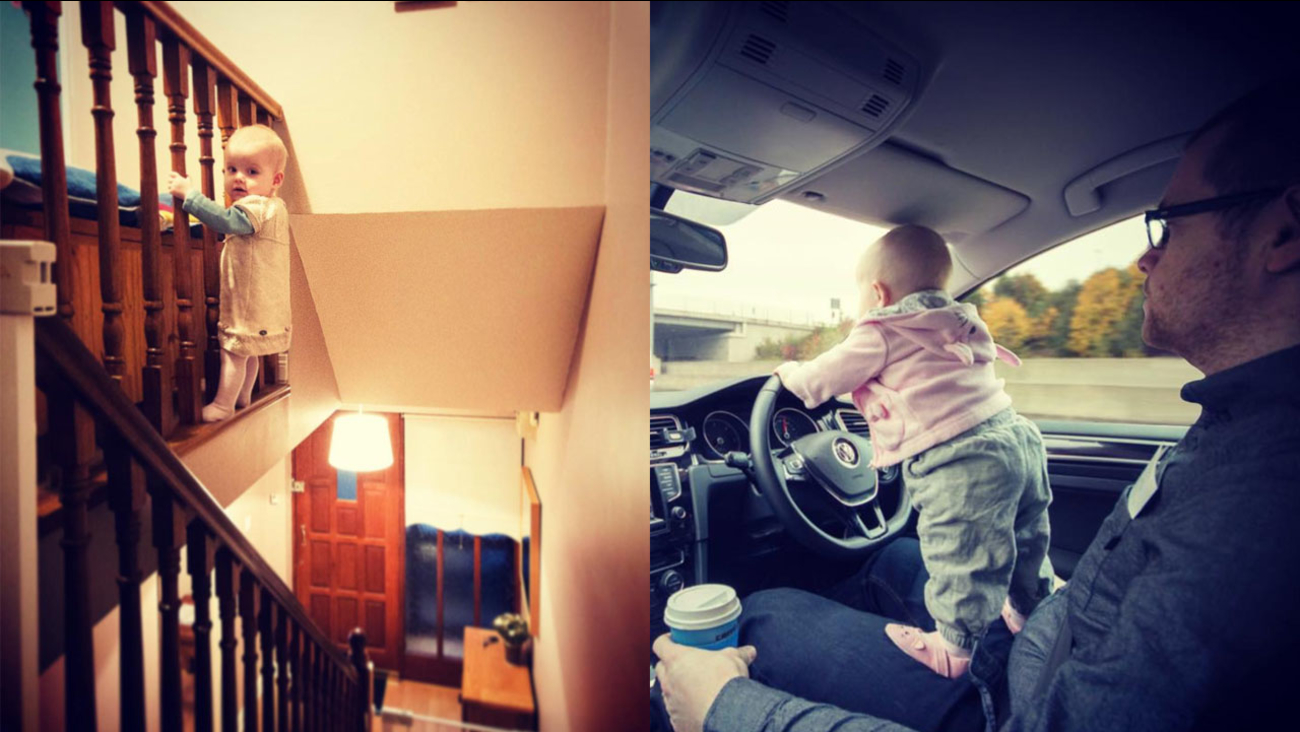 This dad created these humorous images in photoshop in hopes of raising awareness for bone marrow donations, a procedure which helped his daughter get out of the hospital. (steecrowley/Instagram)

This dad's photos of his adorable daughter might make you do a double take. But don't worry, the images of his baby in 'marginally dangerous situations' are not as real as the seem.

Stephen Crowley, a designer from Ireland, uses Photoshop to create the images of his daughter Hannah. Crowley created the photos because his daughter suffered from a rare immune disorder that caused her to spend much of the first year of her life in the hospital.

"She had a very rare immune disorder called HLH and spent 6 months of her first year in hospital, receiving chemotherapy and a bone marrow transplant, which is the only possible cure," Crowley told Huh Magazine. "Because we missed out on so much normal stuff of the first year, we take tons of photos now that we're able to do normal things out of isolation."

Crowley hopes the images will help raise awareness for bone marrow donations, a procedure which helped his daughter get out of the hospital.

The first Photoshopped image was of Hannah sitting alone on a fence. The image was meant as a joke to scare his family and friends, but a comment from an unknown person on Facebook motivated him to continue creating more images.

He said on Reddit, "Some random person on Facebook that I don't know commented that I should be shot. This spurred me on to make more."

The series of photos have received over 1.3 million views on Imgur and 147,000 up votes on Reddit.