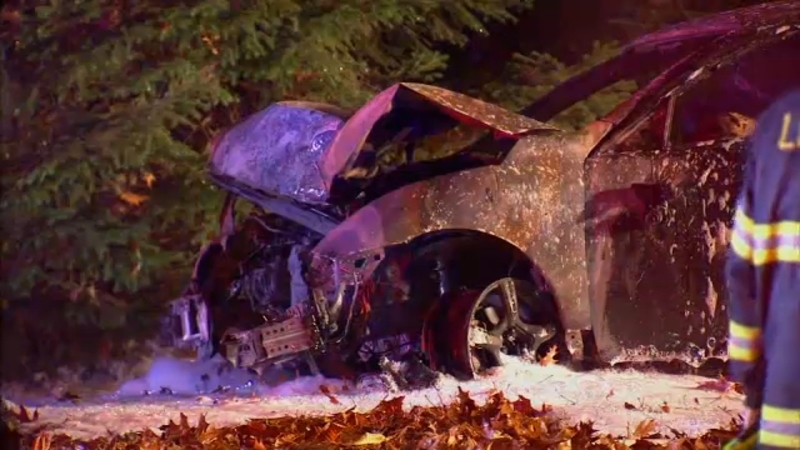 A 2018 Honda Civic crashed into a tree on Ridgeland Terrace near Nordhoff Drive and caught fire after the impact.

The Leonia Volunteer Fire Department arrived at the scene and extinguished the flames, but the driver could not be saved.

Moments before the car caught fire, a four-door grey or silver sedan stopped beside the scene and the driver and passengers exited the sedan, according to detectives from the Leonia Police Department.

The driver and passengers returned to their car and left the scene.

The grey sedan appeared to be following the Honda Civic at a high rate of speed on Jones Road in Fort Lee just before the crash.