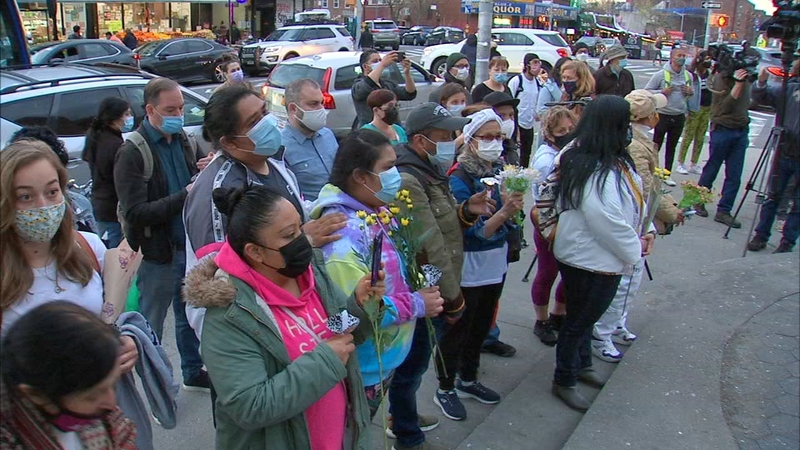 SUNNYSIDE, Queens (WABC) -- A vigil was held in Queens Monday night, to honor the Sikh Americans killed in last week's mass shooting at a FedEx facility in Indianapolis.

Mourners gathered in Noonan Park in Sunnyside, to bring attention to what they say is often-overlooked violence against Sikhs and other Asian Americans.

It comes one day after the Sikh Cultural Society of Richmond Hill held a candlelight vigil for the victims.
EMBED More News Videos

Queens is more than 700 miles from Indianapolis, but heartbreak knows no distance.

Four of the eight victims in last Thursday's shooting were Sikh Americans.

Meanwhile, the former employee who carried out the shooting never appeared before a judge for a hearing under Indiana's 'red flag' law.

Authorities seized a pump-action shotgun from Brandon Scott Hole in March of 2020 after his mom told police he might commit "suicide by cop."
EMBED More News Videos

The former employee who shot and killed eight people at a FedEx facility in Indianapolis was interviewed by FBI agents last year, the bureau said Friday.

However, a local prosecutor says they chose not to invoke the red flag law because if they lost, they'd have had to return the gun to him, and they didn't want to take that risk.