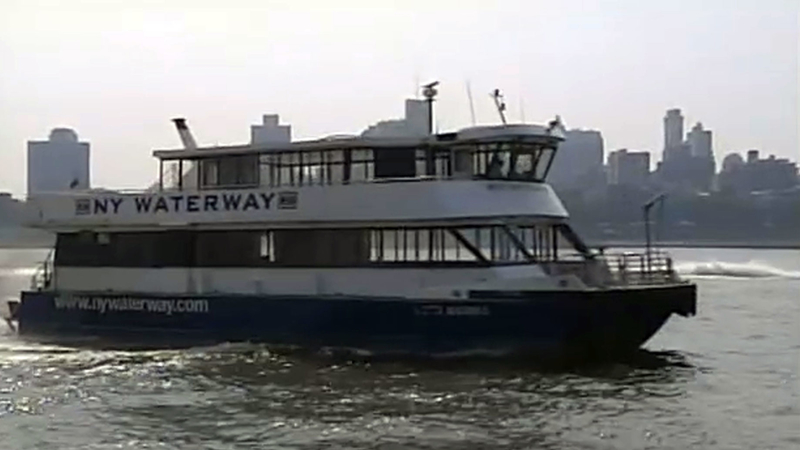 The U.S. Coast Guard ordered the company to suspend service on 23 ferries, forcing commuters to wait longer for service as New York Waterway works to put the ferries that failed inspection back into operation.

"This is kind of highly usual, so I'm little surprised," rider Jerry Wolf said. "A little of an inconvenience."

Most of the issues were related to fire and emergency system safety, and by Monday morning, 15 ferries remained offline. New York Waterway shuttles commuters across the Hudson to four piers in Manhattan.

"We do pride ourselves on safety" said Jennifer Schuck, of NY Waterway. "We have interior protocol that may have not been followed properly, so we are going to be looking into that as well. So believe me, this will never happen again."

The Coast Guard will continue its inspections throughout the day.

"It's upsetting because the service is fantastic," commuter Laura Day said. "It beats the F train and beats everything in Manhattan, quite frankly. It's on time. It gets you there in eight minutes. I love it. I hope they do the right thing and get them fixed."

New York Waterway hopes to have all of its ferries fully operational by Tuesday morning's commute and released the following statement:

NY Waterway apologizes to our loyal customers for any inconvenience and will correct this issue quickly. We expect to restore full service Tuesday. All ferry customers will be served. Most customers will experience no delays.

The company posted the following schedule, which went into effect Monday morning: