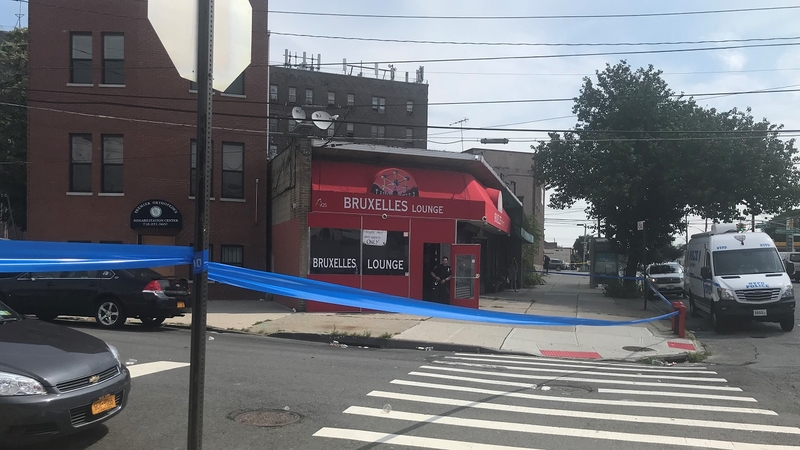 ALLERTON, Bronx (WABC) -- It was a wild scene early Saturday morning after a fight at a lounge turned into a shootout in the Bronx.

Police say the chaos happened on Radcliff Ave. in Allerton. Investigators are still trying to put all the pieces together to figure out what happened.

Detectives say an argument of some sort in the Bruxelles Lounge spilled into the street just before 4:30 a.m. Four people were shot and two were stabbed.

The shooter was reportedly in a car passing by, and fired into the crowd, sending six people to area hospitals.

The most serious injuries: a 24-year-old woman is in critical condition after being shot in the head. A 25-year-old man was also stabbed in the head.

The melee was so violent that it left a string of evidence from shell casings, shoes and pieces of clothing scattered in the roadway. Investigators won't say how, but do confirm that a white Range Rover is part of the investigation.

Shantel Harris lives around the corner, and heard about the chaos.

"It's peaceful. You don't hear about anything - no fights, no arguments," she says.

The Bruxelles Lounge is mostly for private parties, but police say four people have been arrested for running an unlicensed club.