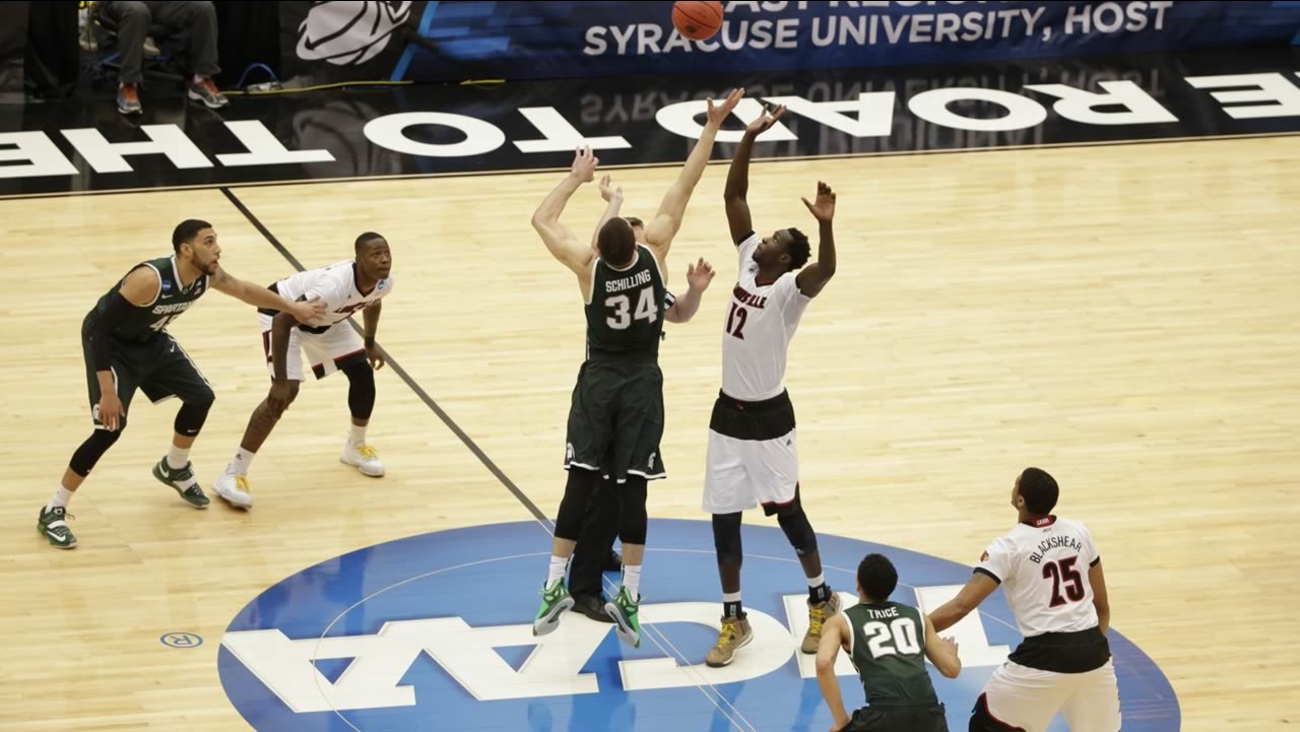 NEW YORK -- Coach Tom Izzo and the Michigan State Spartans capped an improbable run to the Final Four with an overtime win.

Senior guard Travis Trice scored 17 points and the seventh-seeded Spartans clamped down on defense to pull out a 76-70 victory over fourth-seeded Louisville in a thrilling NCAA Tournament East Regional final Sunday.

The Spartans (28-11), who were nearly counted out of the tournament conversation in February, won for the 12th time in 15 games. It's a run that included them knocking off second-seeded Virginia last weekend and third-seeded Oklahoma in the regional semifinal on Friday.

Michigan State advances to face the winner of the South Regional final between Duke and Gonzaga.

Wayne Blackshear had 28 points for the Cardinals (27-9) in a game that featured 11 lead changes.

Final: Michigan State 76, Louisville 70. The Spartans are headed to the NCAA Final Four for the seventh time under Tom Izzo. #MSUFinalFour