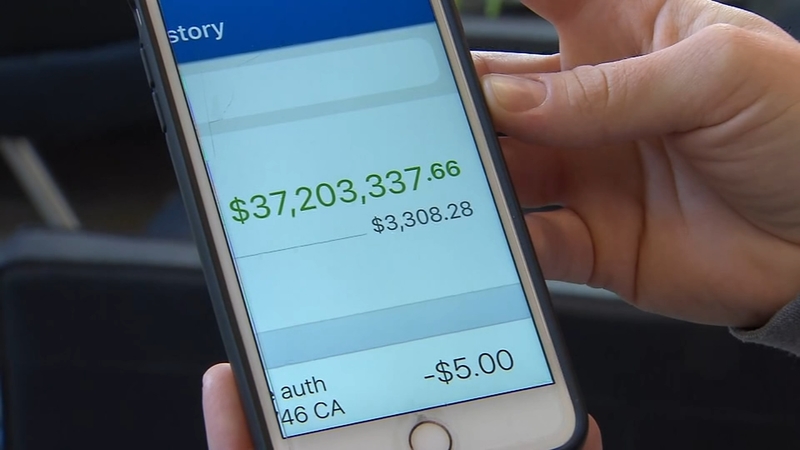 DALLAS, Texas -- Imagine going to check your bank account one day and seeing an unexpected deposit for $37 million.

Ruth Balloon says she was finishing up her shift at Roma Boots in Dallas when she happened to check her account. Balloon said her account was stacked with an extra $37 million.

"I was hoping someone really gifted us $37 million," Balloon told KTVT.

She says her first thought was to take a breath and then tell her husband about the money.

Her husband immediately called their bank, Legacy Texas, and asked about the deposit that seemed too good to be true.

Balloon says they were advised that it was a clerical error, and the bank apologized and took back the money.

"I was a millionaire. I have a screen shot of it, so I can say that now. It's quite a story," Balloon said.

She says there was no way she was going to keep the money knowing it wasn't hers. But now, she's hoping the bank will gift her some kind of finders fee.

"A thank you reward would be a little good, you know? Just for being a good customer and notifying them as soon as possible," Balloon said.

While the millions may have only been around for a day and a half, it was certainly enough time for her to think about what to do with so much dough.