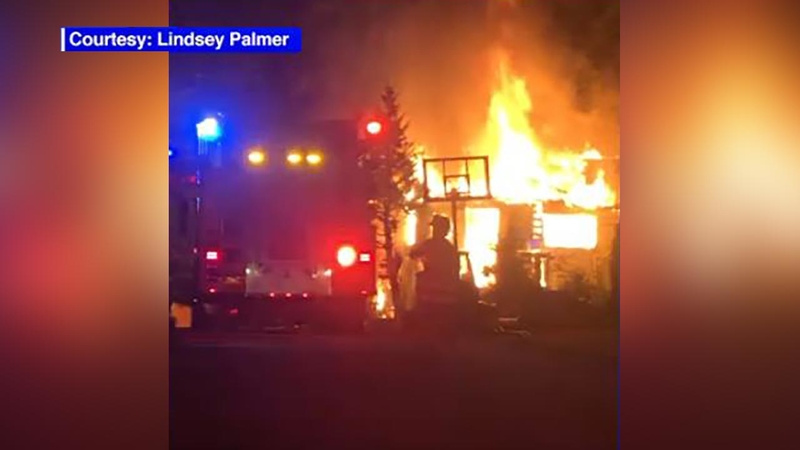 The blaze broke out at 3:15 a.m. in the unit block of Elm Road in Monroe, and cell phone video from an eyewitness showed the home fully engulfed in flames.

"I heard two loud bangs, and my window lit up," neighbor Chester Faber said. "I went out, and the house was fully engaged in the fire. So I called 911."

Faber lives two doors down and watched firefighters from several other departments battling the relentless flames for hours.

"Out the windows, door, over the roof, it was fully, fully going by the time I got up," he said. "I was the first one out, then the people that live (in another neighboring house), they came out. They just woke up."

When the smoke cleared, first responders discovered the bodies of two people -- a man and woman -- inside the home.

The victims have been identified as Kimberly R. Beauregard, age 54, and Robert Doremus, age 54.

Fire investigators are working to determine what sparked the blaze, but they do not presently believe any foul play was involved.

Fortunately firefighters were able to prevent the flames from spreading to any other homes.