FIRE ISLAND, Suffolk County (WABC) -- Fire Island beaches re-opened on Thursday, but lifeguards said two sharks were caught and many people stayed out of the water a day after two children were bitten in possible shark attacks.

All state beaches were reopened for swimming, with additional lifeguards monitoring the water and patrols continuing along the Fire Island shoreline. But that didn't mean people were anxious to tempt fates.

Nick Olsen, of West Islip, didn't allow his two kids in the surf Thursday, which was just fine with his son, also named Nick.

"Obviously the sharks probably are not here right now," he said. "But still it's their water."

"Absolutely I would get in the water, this is a beautiful day today," he said. "Some of the great state beaches in the entire country are right here in New York. I'd encourage people to go to the beach and enjoy themselves and just remain vigilant. Just be watchful. There are many things to be aware of at the beach."

Lifeguards at Atlantique Beach say two sharks were caught Thursday morning just off the shoreline, with Town of Islip officials confirming one of them was an 8-foot sand shark. 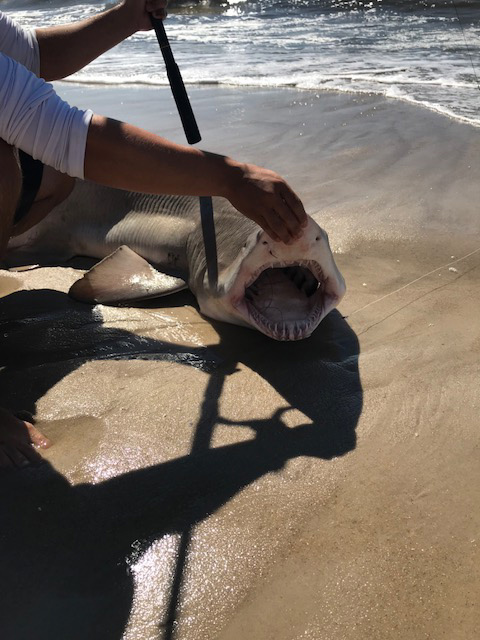 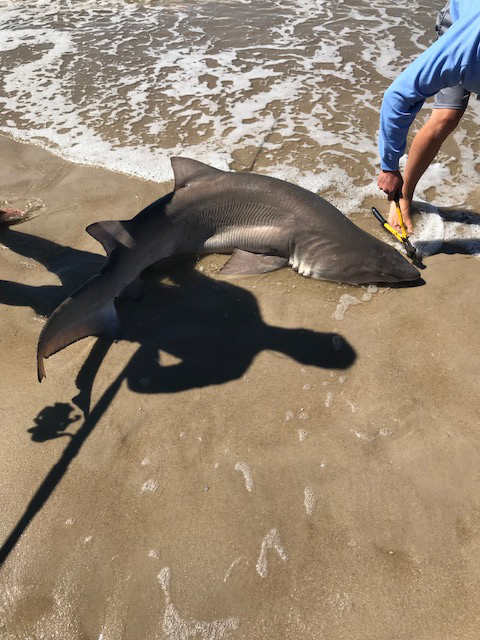 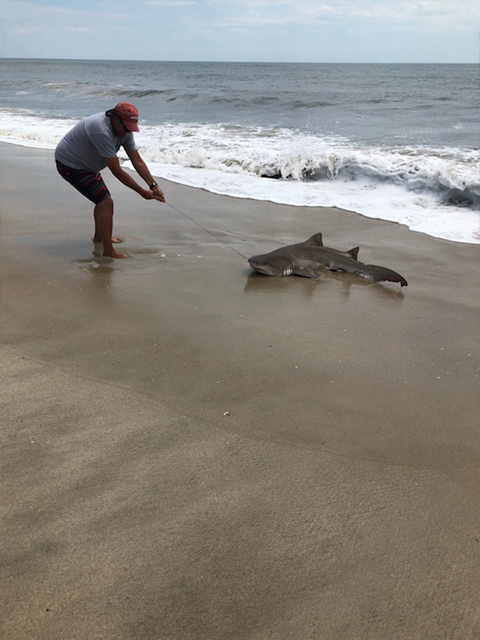 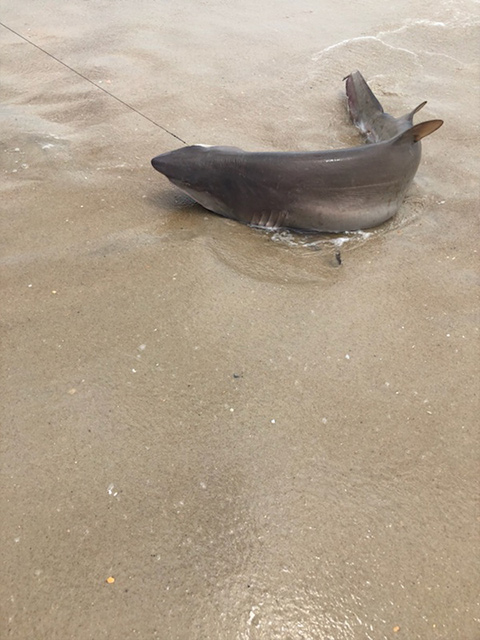 In both cases, the sharks were released back into the water.

On Wednesday, 13-year-old Matthew Donaldson was bitten while boogie boarding at Atlantique Beach, while 12-year-old Lola Pollina was attacked at Sailors Haven Beach. Both suffered deep cuts but are expected to be OK, and a tooth was recovered from the boy. Authorities on Thursday confirmed the tooth was from a shark, but they were still unsure as of the species.

"We will have our experts at New York Aquarium and SUNY Stony Brook and our experts here at DEC look at that tooth and see what it is," Seggos said. "We are not ruling anything out. We don't believe there is any connection between the two bites. Those are two different incidents, four miles apart within four minutes."

Donaldson said the bite didn't feel sharp, but it shocked him.

"Because it was really quick," he said. "It was like one second, went like that, and then it just let go immediately."

RELATED: Dangerous sharks: These are the three species to know

He "stumbled out of the water" into a lifeguard tent, where the lifeguard dressed puncture wounds before EMTs removed the piece of tooth.

"It was small, like it was from a baby shark or something like that, and it was a sharp tooth," Donaldson said. "It was actually fairly sharp.

Pollina was able to walk to shore with assistance from her dad before she was taken to the hospital. She said the bite didn't hurt at first, and she didn't feel it. She said it only hurt when lifeguards started poking around the wound.

"I thought it was a shark," she said. "We were at the beach, and there wasn't a tiger or anything...It was just like a quick kind of pull, and I was kind of in shock almost. Because it pulled, and then I kind of looked at it, and I was like, oh my gosh."

Her wound was too deep for stitches and required routine surgery, and doctors said she was doing well. 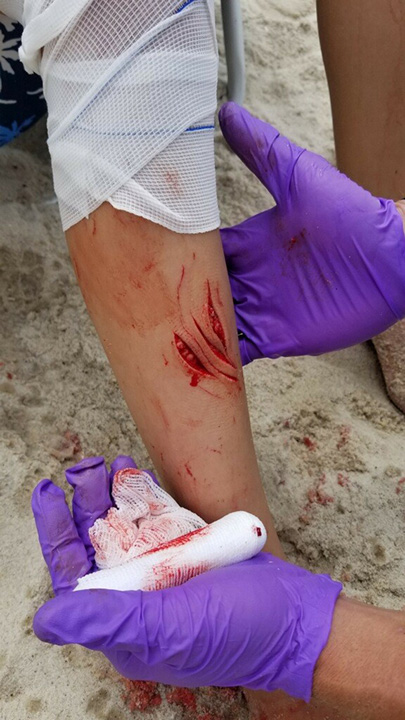 In a third possible incident, the superintendent at Jones Beach said swimmers were evacuated from the water at Robert Moses State Park after a lifeguard spotted a shark. Swimmers were allowed back into the water around 2:30 p.m. on Wednesday when the sighting was deemed to be a sandbar shark.